Naomi Duguid could be a culinary ambassador to Canada. From what country though, I’m not sure. This award-wining author has written on Burma, China, Southeast Asia and beyond. Despite wide-ranging cuisines, Duguid’s cookbooks have a unifying appetite for culinary styles that rarely follow geographic boundaries.

Taste of Persia is Duguid’s latest trailblazing title, and continues that focus on shared tastes, rather than divisive flavours.

“The food is enticing, the recipes very friendly to the home cook,” writes Duguid.

Well, this home cook always starts her cookbook journey with the table of contents. Although this might sound intuitive, I know many people who flip until they see an arresting photograph. The TOC’s begin in the usual manner: Introduction, Salads and Vegetables, Fish, Grilled Meat and Poultry, Rice and Other Grains; but meander through more colourful titles like Soup Paradise, Flatbread Heartland, and A Wealth of Fruit. One chapter immediately intrigues: Travel Notes.

In this section Duguid discusses travel to Iran in particular. “Travel advice should be checked against the current situation, and then double-checked.” She explains that visas are difficult to come by in Azerbaijan and Iran; the military situation has escalated in Iraq since she visited; and there are special rules for social engagement (for women in particular) in Kurdistan and Azerbaijan. Here, tucked amongst the Glossary and Bibliography, we understand the weight of Duguid’s work.

This fearless female managed to get the visas, avoid the conflict, and publish a refreshing discussion of these regions, one that reminds the reader of our similarities: familiar ingredients, delight for delicacies, culinary creativity, and the role food plays in celebrating events, big and small, with friends and family.

“Common to all the peoples of the region is a culture of hospitality, or sharing food and drink with both friends and strangers, with generosity,” she says of the Persian culinary region she visited—often staying with local families—which includes Armenia, Azerbaijan, Georgia, Kurdistan and Iran.

“Flavours, textures and ingredients will be familiar to anyone from a European or North American tradition.” And they are, surprisingly.

There’s been a lot of flour, cheese, yogurt, fresh herbs and dried fruits in my kitchen since cooking from her book. The combinations, although like nothing I’ve ever put together before, result in familiar taste experiences.

I start with the Cheese-Filled Quick Breads, a version of the Georgian khachapuri that claim they can be mixed, shaped and baked in less than an hour (and should be eaten right away). Although it may take me some practice to make them “quick,” the first batch is immediately familiar (a dough filled with cheese: cheddar, Monterey Jack, mozzarella), yet adventurous (thick yogurt, feta, mint and tarragon transport the taste buds). 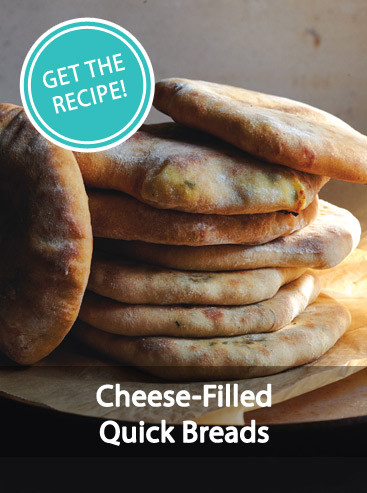 Many recipes are uncomplicated, like the Potato and Pumpkin Soup; others require more effort, like the Top-Knot Dumplings. Peppering these recipes are the author’s conversations with locals, and photos of the people she meets.

Like the borders of these countries, Taste of Persia encloses many different people. Duguid’s photographs show village bakers, families that invited her to eat with them, men wearing traditional clothing while chatting in the market, and elders taking public transport with their groceries.

A good travel food writer can bring you to a place through their descriptions, recipes, and photos — but only an excellent culinary traveller can bring the people to you. Duguid writes the people’s stories into her recipes. She communicates how family traditions exist with modernity, how resilience trumps strife, and shows community comparability between not just the diverse people she visits, but with her readers as well.

As Duguid points out, the connections between many cultures are not found in their religious beliefs, their languages or alphabets, but in their kitchens.