As if on cue, a group of cocoa-coloured Jersey calves broke out of their pen and frisked past us as we waited for our creamery tour to officially start. We’d just learned that Jersey milk has the highest butterfat content of all cows… but the black and white Holstein is a more popular dairy cow because it produces the most milk. A few years down the road these cheeky big-eyed babies would provide rich milk tomake farmstead cheeses, but for now they kicked up their heels until the farm’s canine corps herded them back to their corral with military precision.

We were actually at a creamery that specialized in goat cheese but had a small herd of Jerseys used for making blended goat and cow’s milk cheeses. And our trip to this part of the world, just a foghorn’s blast from San Francisco’s Golden Gate Bridge, was to sample cheese, not enjoy adorable animal encounters, but the calves and the baby goats we saw later were an unexpected bonus.

Northern California’s artisanal cheese scene is concentrated in a misty region of rolling hills covered in tender grass where cows, goats, sheep — and even water buffalo — graze year round. Head a valley or two East to hotter hillsides to taste award-winning wines, but stick around these cooler, foggier parts to sample handmade, small-batch cheeses that rival the best in the world.

It all started in the 19th century when Swiss and other European dairy farmers settled just north of San Francisco in Marin and Sonoma Counties and launched small, family-run dairies. A few made cheese but most supplied milk and butter to booming Gold Rush-era San Francisco and its surrounding communities. Fast forward 100 years to the late 1970s when Alice Waters of Chez Panisse elevated top quality local and seasonal food to an art form. Her relationships with local farmers created new ways for small farmers of all types to make a living.

One of the area’s most famous cheesemakers, Cowgirl Creamery, is often pinpointed as a catalyst in the early years of the artisanal cheese movement, so we thought it the perfect place to start our exploration. You can drop into their creamery/cheese shop in the hamlet of Point Reyes Station anytime, but you’ll taste more and learn more if you reserve a spot in one of their weekly education sessions. As we sat down, we could see through a big picture window into the cheese-making room where rounds of Red Hawk, a robust triple-cream cheese flavoured partly by wild Point Reyes bacteria, were being scrubbed with salt water brine.

Later that morning we sampled some, and learned that scrubbing the rind allows more types of bacteria to grow, giving the rind its red-tinged colour and creating more complex flavours in the lusciously creamy, earthy cheese.

A few cheesemakers are open for drop-in visitors, but if you’re serious about learning and tasting as much as possible, pick up an official ‘Cheese Trail’ map to find out which creameries let you pop in unannounced, which ones require reservations, and which are closed to the public. Since we could just pop in to Marin French Cheese, we headed there next and helped ourselves to samples of their Petit Breakfast Cheese, a fresh, unripened brie that the company has produced since it opened in 1865. It was tangy, creamy, fluffy and solid, all at the same time, so we bought a couple of rounds along with some aged brie and crackers and headed outside for a light picnic next to the creamery’s shady lake. Nearby, homey Nicasio Valley Cheese Company also welcomes drop-in visitors to its tasting room, so we sampled their prize-winning all-organic cheese before heading to a late lunch at Nick’s Cove Restaurant and Oyster Bar overlooking Tomales Bay. Oysters harvested from the bay are another local specialty, and we eagerly slurped up Point Reyes Miyagi and Kumamoto oysters sans toppings so we could focus on their fresh briny flavour. 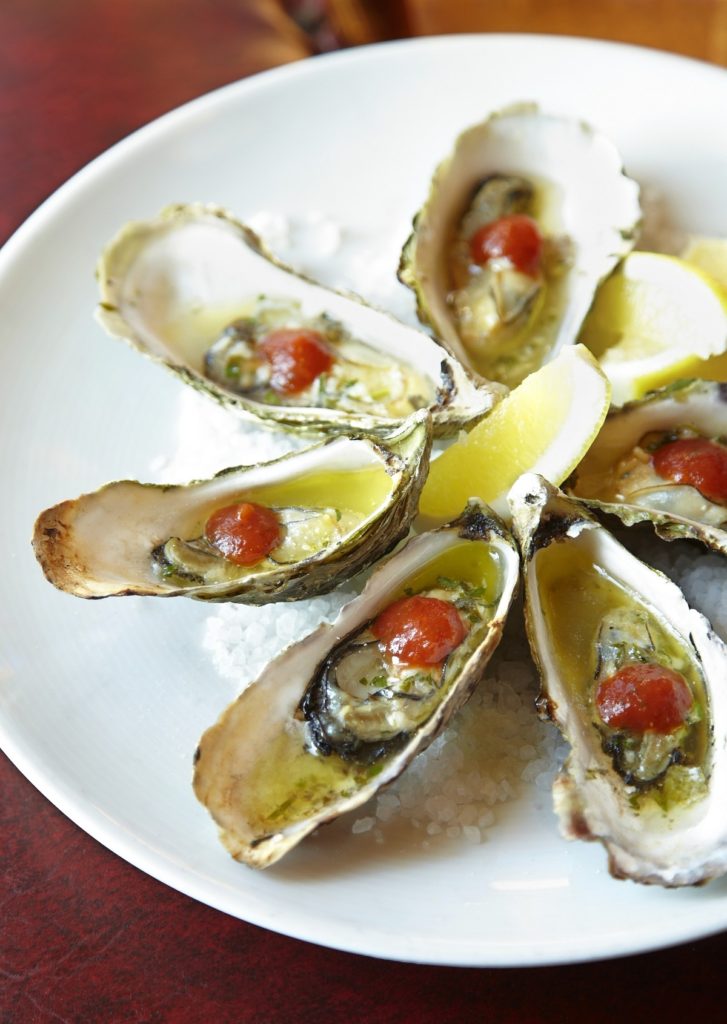 Later that afternoon, we walked past a group of very pregnant Holstein cows on our way into the milking barn at family-run Point Reyes Farmstead Cheese Company. This creamery’s award-winning blue cheeses regularly grace my table, but I was thrilled to discover their Toma in our tasting session — an aged Italian-style cheese reminiscent of a youthful Asiago with a slightly nutty, grassy flavour. t had been a packed day of cheese tasting and something light and bubbly sounded like a perfect counterpoint, so we turned into Heidrun Meadery. Their crisp, slightly tart sparkling meads are made in the champagne method, and the flavours of whatever the bees have feasted on come through subtly in the different meads — macadamia nut blossoms; radish flowers; orange blossoms; and our favourite, the local Point Reyes wildflowers. 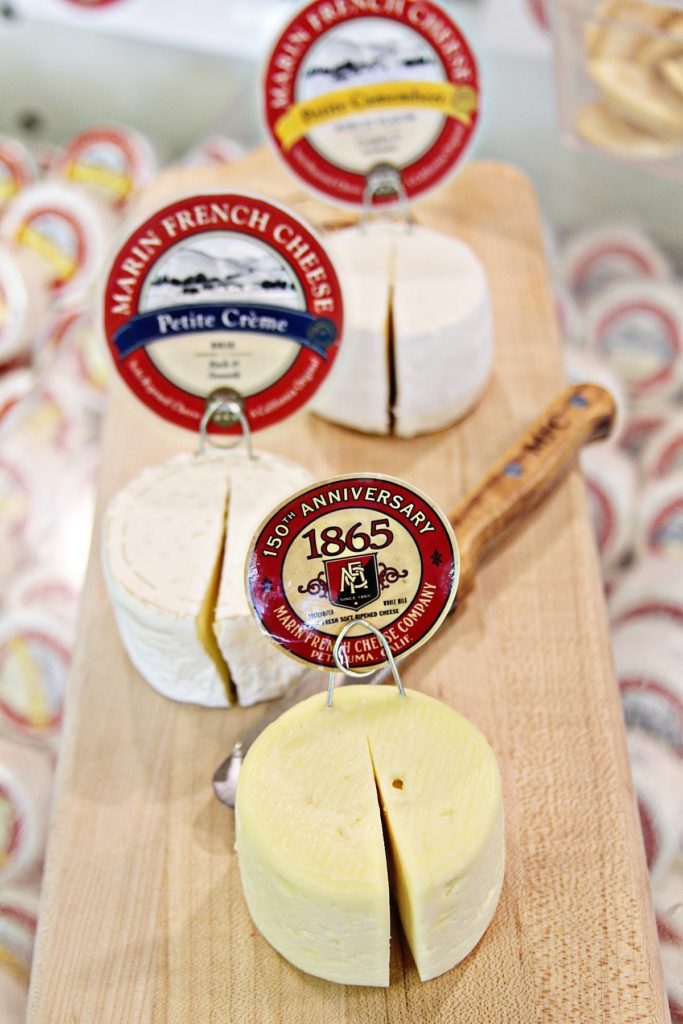 Since many of the creamery tours requiring reservations are in the morning, you get to taste more cheese if you stay a few days. That lets you take advantage of the hiking trails and kayaking opportunities that make this region a popular getaway for San Francisco city dwellers. There are plenty of small bed and breakfasts and house rentals — we headquartered at the Bear Valley Inn, a few blocks from the tiny downtown of Olema where we could easily walk to dinner.

Restaurants tend to emphasize local cheese — take the cheese plate at ourfirst dinner at the Farmshop Restaurant in Larkspur on our way into the area. We wanted to prep our palates with a sampling of local sheep, goat, cow, andwater buffalo cheeses and we happily checked off each type… except water buffalo. Luckily for us, water buffalo gelato was on the dessert menu in chocolate and vanilla, as well as exotic flavours like fennel pollen, fig, and candy cap mushroom, which had a heavenly maple flavour. 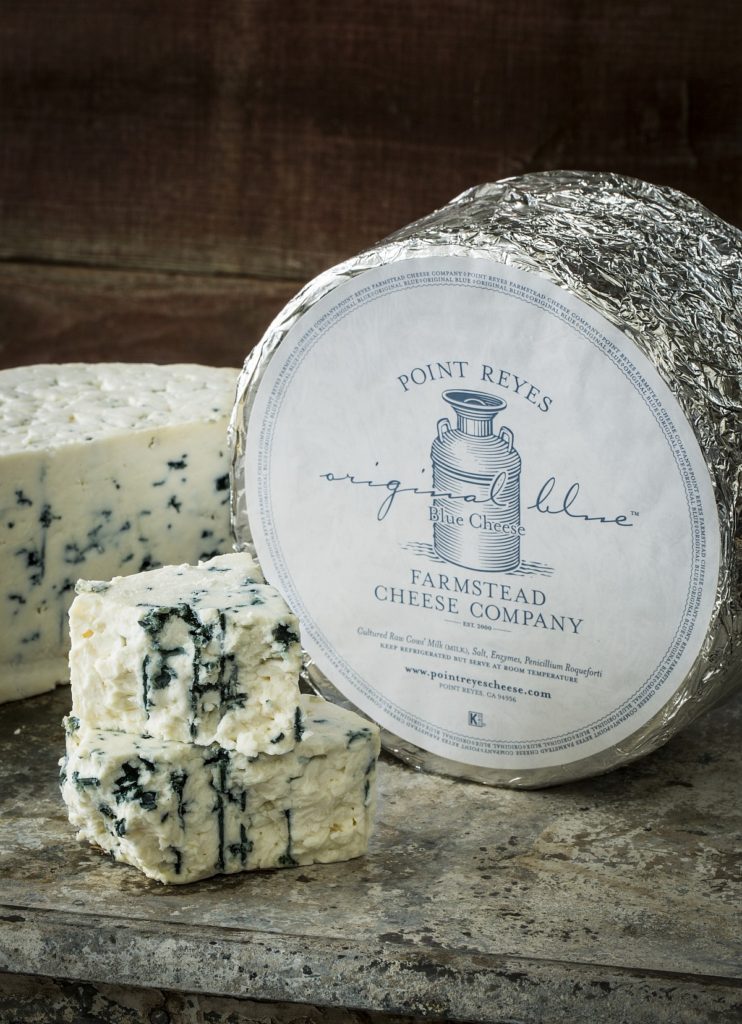 After a breakfast at the Inn that included home made yogurt and organic milk from local legend Strauss Family Dairies, we headed out for a tour of family-operated Achadinha Cheese Company. On our way into the cheesemaking barn with its ripening room packed with shelves of aromatic golden rounds, we could see hundreds of goats happily grazing on green hillsides. Three babies had already been born that day, and while the cheese tasting (four goat cheeses, two goat/cow blends — some young and supple, others aged and distinguished) was undeniably a highlight, witnessing the birth of baby number four on our tour of the farm was downright extraordinary.

In our two days of exploring, we hardly scratched the surface of the more than 30 artisanal cheesemaking operations in the area. So we were delighted to discover that in San Francisco on any Saturday, the Farmer’s Market at the Ferry Building has tables of cheeses from all of the small creameries we loved and most of those we didn’t’ have time to visit.

Meals on Wheels
Road Trip to Paradise
Noshing in Nashville