You’ve finally arrived at your dream destination and you’re starting to take in the sights.  Camera in hand, you wander the streets with your guide book searching out historic buildings, monuments and other landmarks that are popular tourist attractions. “Ah, there’s the Louvre” you say. “Honey, go stand over there so I can get you in the picture.” You compose the shot and take the picture. You’ve just made a snapshot — an informal photograph, especially one taken quickly by hand held camera is the dictionary definition.  Nothing wrong with that — just look at virtually any Facebook, Flickr or Pintrest site and you’ll see thousands of these and most of them are alike. They’re fine memories and play an important part in our travel lives.

But to me travel photography is all about capturing the soul of the place you’re in. And that means something more than snapshots. It means being purposeful about your photography. One of my teachers, Andre Gallant, a famed photographer from New Brunswick, once said “When you arrive at a place take 15 or 20 shots quickly and then erase them all because you’ve now taken every shot that a tourist will take. Now stand back and look at that place again and see it with a photographer’s eyes.” Fine advice, advice that I still follow today.

Making images involves some thought. It means searching out and selecting elements from a scene using the principles of visual design. It means composing your image (i.e. designing it) the same way a painter composes a piece of artwork. Another of my teachers, Freeman Patterson, has spent his life studying, teaching and writing about visual design in photography. Photography and the Art of Seeing is a great primer on visual design principles. Basically, Freeman says that you need to take your eye away from the scene and see it as an “abstract” of lines, shapes, textures, perspectives and colours. 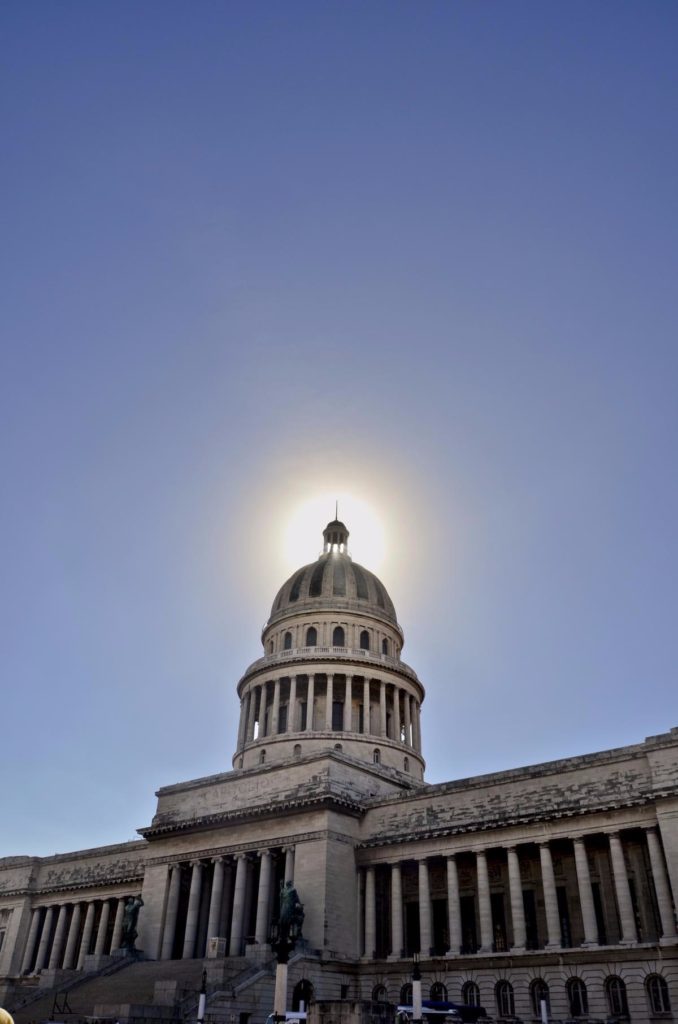 On one of my last trips to Havana I was walking past the Capitolio building — a replica of the iconic American Capitol building — now faded with age and like most things in Cuba, decrepit and crumbling. Though I’ve seen this building many times before, I had never taken a photograph of it because it’s a typical tourist shot. But that day, as I walked past, the late afternoon sun was just behind the pinnacle of the dome and it had a magical glow to it. The result was an image that not only shows the Capitolio but, to me, says something about Cuba — the sun setting on a once glorious and beautiful country.

Arizona’s Navajo country is magnificent — vast landscapes of scrub lands and deserts and huge skies. But I found shooting there very difficult as the sun was always harsh and after a while all the landscapes looked pretty similar. During my drive I came across a windmill that I found interesting. It was in the middle of nowhere, the late afternoon sun was gleaming off the metal and the sky was totally cloudless. I put on my polarizing filter to deepen the sky and remove any flare off the metal. I took a number of shots, each time changing the composition a bit. The image I chose placed the windmill in the bottom third of the photo so the vast sky would envelop it. To me this image really represents Arizona — the work of man in a vast and empty environment.

In India my wife and I, like all tourists, went to see the Taj Mahal in Agra. And like all tourists I took tons of shots of the Taj, including the one with my wife ‘holding’ the Taj in her fingertips. But the most memorable shot I took of was from a nearby fort that overlooked the famous monument. A window on the outer wall framed the Taj and just as I was about to take the photo three young Indian men came up and peered through the window. “Darn” I said and was about to walk away, but something inside me said “No, this is the shot” and I took it. To me this image says more about India than would just a picture of the Taj. 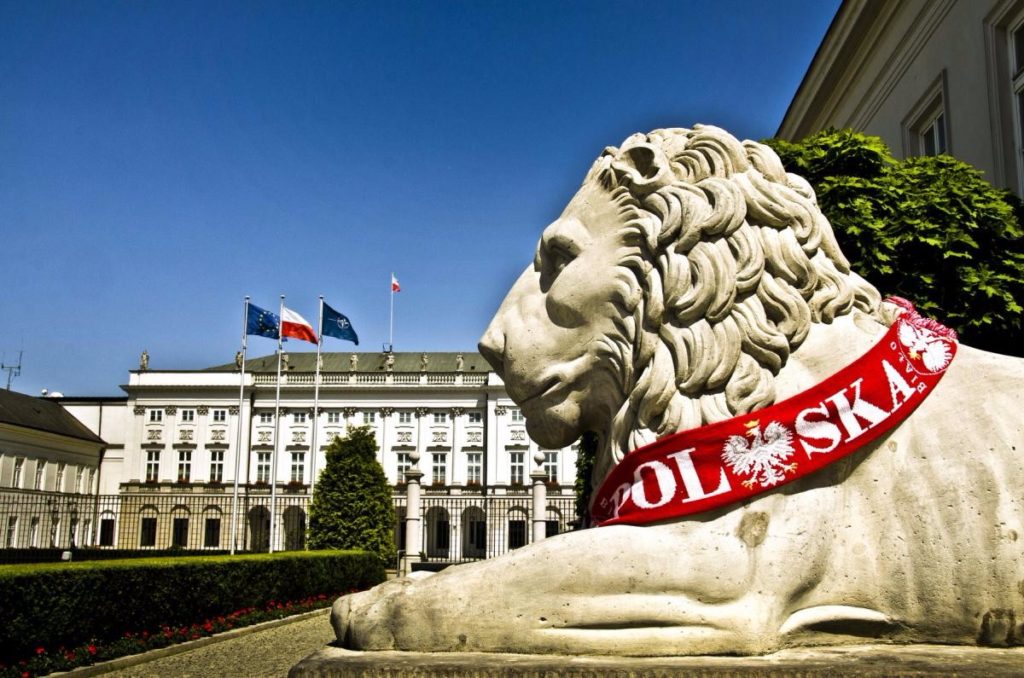 And lastly, on a trip to Poland last year, I was being shown around Warsaw by my cousin. The European soccer championship was on at the time and the city was full of boisterous soccer fans donning all sorts of T-shirts, hats and scarves in the colours of their favourite teams. We came by a government building guarded by huge lion statues.  Someone had placed a red Polska scarf around one of the lion’s necks and in the background were flags of Poland and the EU. I put on my polarizing filter to darken the sky, set my 18 to 200 mm lens to as wide as possible and came right up to the lion so that it filled a third of the frame with the flags in the background. It’s one of my favourite images of Poland.

The Soul of the Place
Capturing Sunsets
Go Graphic