When visiting a new location, travellers are usually taken in by the sights, such as monuments, cathedrals, museums or just old buildings, and come home with scads of photos to show their friends what the place was like. I too take lots of photos of monuments, cathedrals, museums and old buildings but I find that photos of the local people can usually tell you more about a destination. In fact, I find that the real soul of the place is in the faces of the people.

Taking candid shots from a distance is fairly easy. This is really photo-journalism and can produce some wonderful images, particularly if there is some action in the scene or the scene tells a story. I’ll be talking about photo-journalism in a later article, but for now I want to talk about taking pictures of people up close — travel portrait photography.

Though you can often you can get great shots of people from a distance, coming up close to someone to take their picture is really intimidating. You never know how they will react to having their picture taken. So you need to fight the dread and take the plunge and just do it. I find that in most cases when you ask someone if you can take their picture they usually agree. When I don’t know the local language I just come up to the subject and show them my camera, lift it up to my eye as if I’m taking a picture and put a quizzical look on my face. If they shake their head or wave their hands I just politely thank them and walk away. If they agree, I quickly look at the light and shadows and move around to get the best light and angle for the shot. A variable focal length lens such as a 50 to 100 mm allows to you zoom in on the face without having to move around but remember to always frame the shot a little wider than you want. You can always crop the shot later but if it’s too close you can’t get the image back. 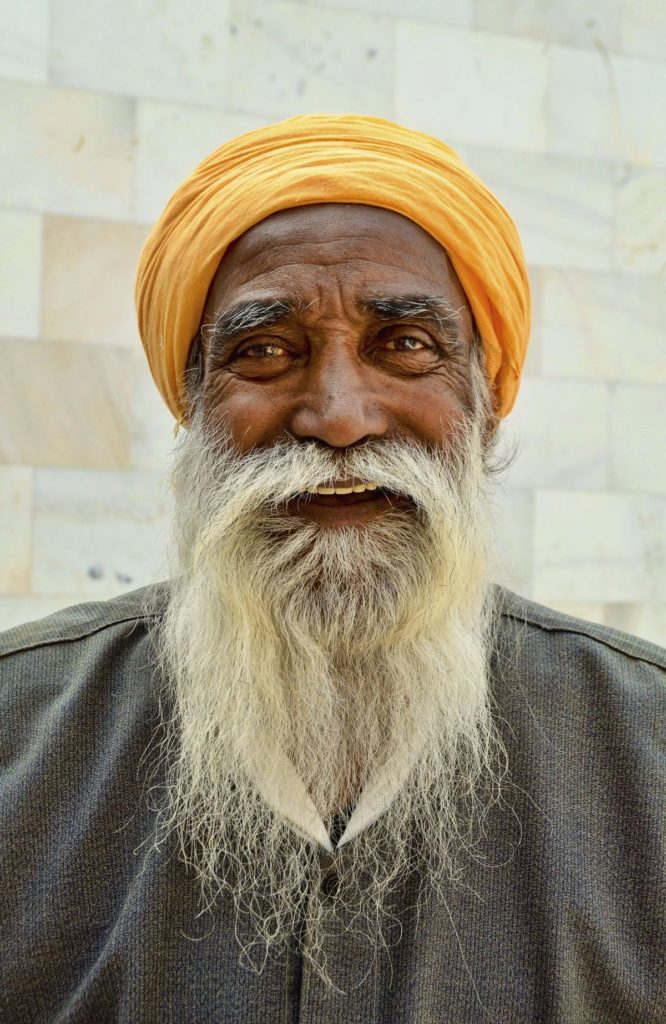 In India, I saw a man with a wonderful beard and yellow turban who was sweeping on the sidewalk of a temple I was visiting. When I came out of the temple he was still there so I came up to him and did my picture taking pantomime and he just stood up and looked at me with a big smile on his face. The harsh Indian sun was behind him creating heavy shadows so I motioned to him to move back slightly into the shade. I quickly composed the frame and shot a couple of images from slightly different angles. But the one that was full face with that great smile is the one that reminds me the most of what India is about. 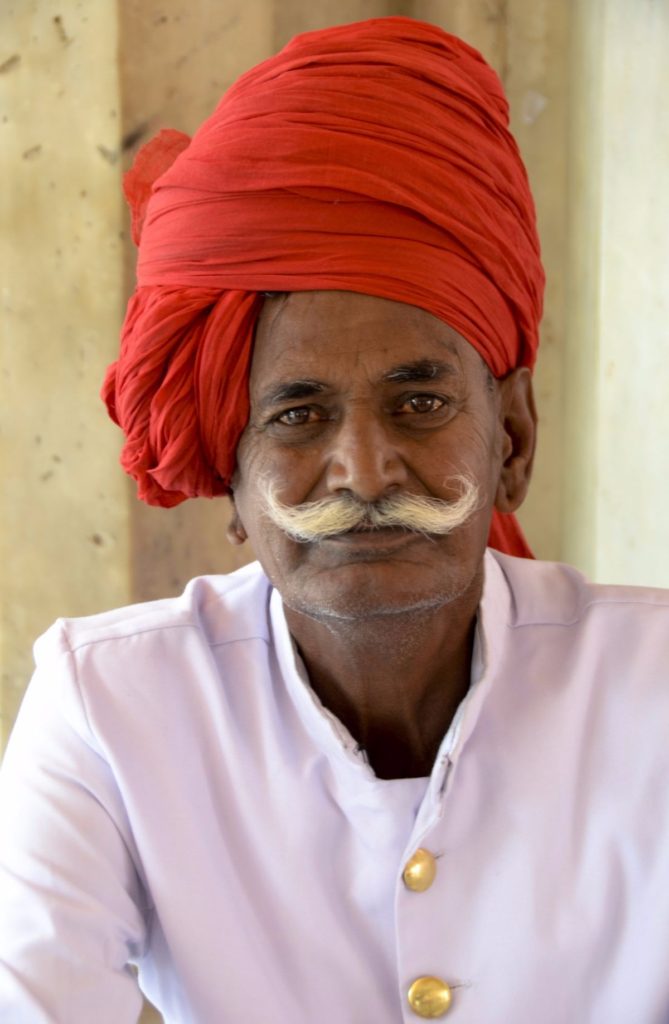 Sometimes people will ask you for money to take their picture. You have to decide in advance whether you’ll be willing to pay for pictures. If I’m really interested in the face I will usually pay. It doesn’t have to be much. In India I rarely gave more than 100 rupees — about $2 — and about the same amount in Cuba. I always carry a bunch of small bills and coins of the local currency in my camera bag for this, but I also carry a bunch of dollar store items such as lighters, pens or other trinkets to give out instead of money, which works too. 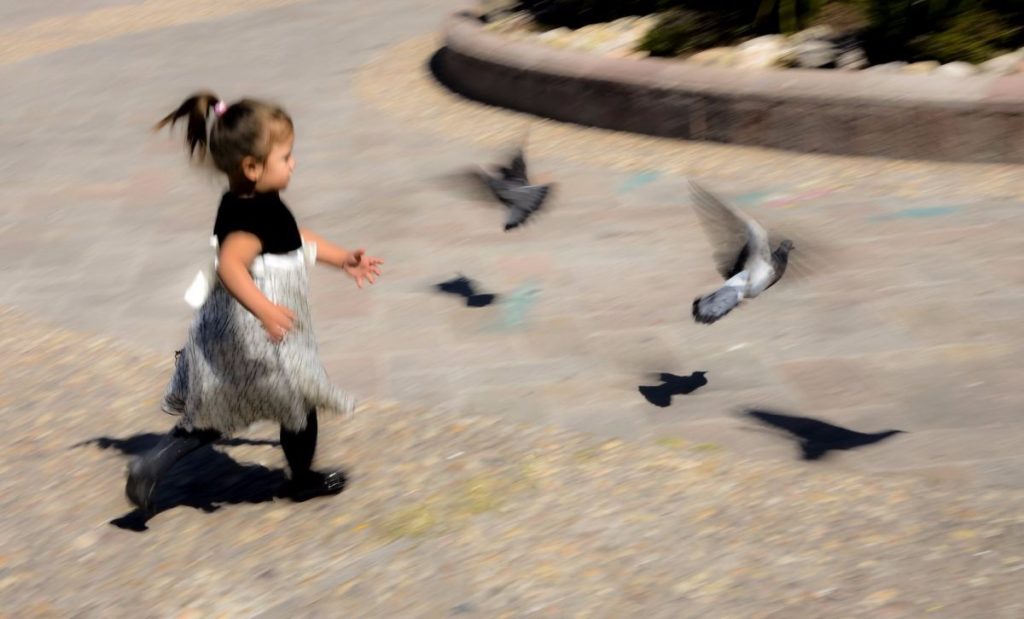 And, I ALWAYS carry lots of candies and sweets in my bag for the children. In any country, if you give some kids a bit of candy they will gladly pose and vamp or make funny faces. Kid shots are always fun to take. In Mexico once, I saw a young girl in a square chasing pigeons. I wanted a blurry shot of her and the flying pigeons so I quickly adjusted my camera to a slow shutter speed — 1/50th or 1/25th — and panned the camera with her movement. That shot really captured to me the fun of childhood. 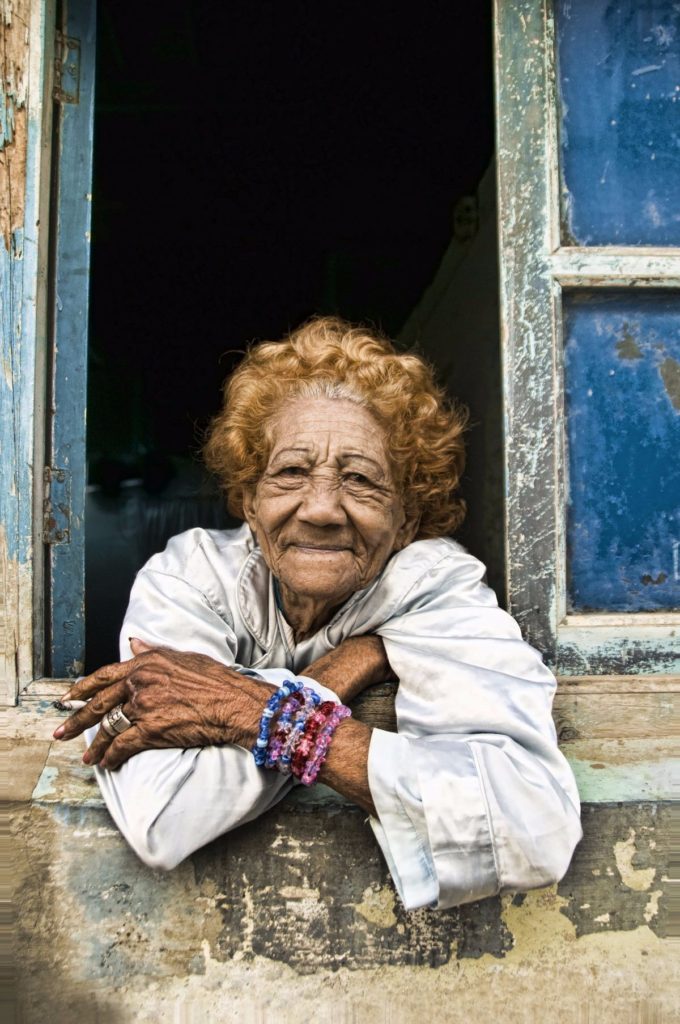 Sometimes the best way to get someone to agree to have their picture taken is to befriend their children. In Havana, I saw an old woman who had a fabulous face —weathered, and wrinkled — and with red hair and smoking a cigarette. She was in looking out of her window at a granddaughter playing outside. So I gave the girl some candies and started to talk with the woman in my broken Spanish. I asked to take a photo of the girl, to which she agreed. After taking a few shots of the girl I pointed my camera at her and asked if I could take a picture of her. She agreed and I got one of my best shots of Havana that trip. And, to me, her face is the face of Havana.