If you read my columns you’ve by now gathered how obsessed I am with keeping your camera as still as possible to get clear and crisp images. But there are times when purposely blurry images can be really interesting. Dealing with blur requires developing some skill with how to control the shutter speed of your camera.

A few basic principles are important. A properly exposed photo depends on the aperture of the lens (how much light is entering the camera) and the shutter speed (how long the light hits the sensor). These two are in inverse proportion to each; that is, the more light then the less time and vice versa. In addition to this, the appropriate shutter speed for any shot depends on the amount of motion that the subject has. The faster the subject is moving the faster the shutter speed needs to be to capture the subject clearly. The shot of the hydroplane required a shutter speed of 1/2000th of a second to be able to freeze the boat and every drop of water clearly. On the other hand, when your subject is still, such as a portrait, you can get away with much longer exposure times and not get blur. 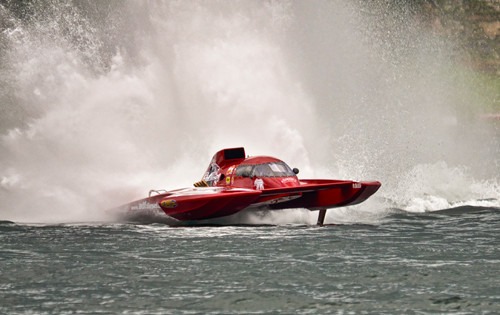 Virtually every DSLR (Digital Single Lens Reflex) camera, most point-and-shoot cameras and a few smart phone cameras give you the ability to manually control shutter speed. On DSLRs and point-and-shoots there are not only fully manual modes but usually also some pre-programmed modes like aperture priority (AP) or shutter speed priority (SP). In SP mode, when you select the shutter speed you want, the camera automatically adjusts the most appropriate aperture setting for a good exposure.

So, how do you purposely create blur to make interesting images?

You’ve all probably seen photos of streams or waterfalls where the water is soft and marshmallow-like. To achieve that effect, firstly set your camera on a tripod or rest it on a stone or something flat in order to keep it steady. Then set your camera on SP mode and select a slow shutter speed; say, 1/50th of a second. And then take the photo. The degree of softness in the water depends on how long the exposure is. The longer the exposure, the softer the result. But it also depends on how fast the water is moving so you will need to experiment a bit by trying different shutter speeds and seeing what the results are to get the effect you’re looking for. This same technique can be used for a number of subjects that are moving, such as capturing images of fireworks with long streaming lines. 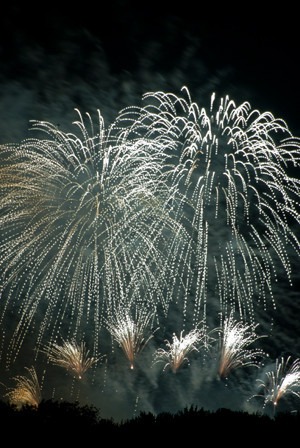 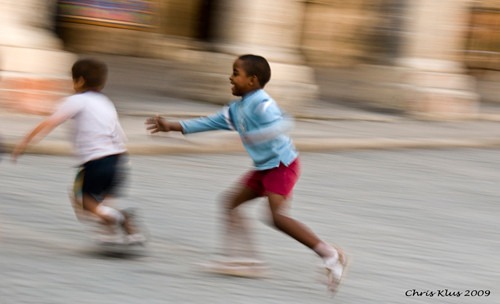 Even when your subject is static you can create blur to achieve interesting effects. You use exactly the same technique as above but move your camera as you take the photo. For the ghostly graves I focused on the gravestones and panned the camera 45° to the right. I tried various shutter speeds settling on 1/50th of a second. You can also create interesting abstract images by panning across objects. The one shown here was a pan across a wheat field. Try using a 1/50th second shutter speed and pan fairly quickly across the subject to achieve this effect. You can also pan upwards, diagonally or even twirl your camera to get interesting effects. It’s worthwhile experimenting with this technique to see what kind of effects you can get. 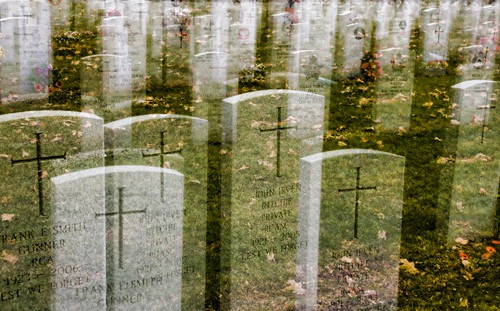 A word of caution for those who shoot with their smart phones. Even though your smart phone camera may have manual settings, it’s more difficult to use these techniques than with DSLRs or point-and-shoot cameras. That’s because the small size of smart phones and the fact that you hold them with your hands extended makes it difficult to control the stability or the smooth movement required for these techniques. But don’t let that hold you back from trying.

Next time you’re travelling, try some of these speed skills — you may be surprised and happy with the results.