I sometimes envy farmers. I appreciate I’d likely make a lousy one, but surely the satisfaction of physical labour, outdoorsy living and tending to things that grow would be real and rewarding? Particularly rewarding when those things could end up in a wine glass.

Then I meet Klarissa Kruse. And any fanciful city-girl notion of what that life is like gets firmly shaken out of me by one who knows it well.  I’m in Healdsburg, northern California, to learn about sustainable winemaking, and Kruse is the President of the Sonoma County Winegrowers. About her wine farmers, she tells me: “They say that what they do is called ‘farming’ because the word ‘gambling’ was already taken.”

Kruse herself is a gambler. A grape grower and owner of a small vineyard on Sonoma Mountain, she was one of hundreds who lost their home to the Tubbs Fire infernos of 2017. Those fires were considered the most vicious in California history at the time. That is, until the even deadlier Camp Fire of 2018.

Burning issues of stress caused by climate change, along with urbanization and the declining fertility of farmed land, are hot topics among the Sonoma farmers I met over four days exploring eco-vineyards with my rubber boots on. Though the conversation around sustainable winemaking and grape growing is still very young, in Sonoma it’s closer to an obsession: today more than 80 percent of Sonoma County winegrowers are certified sustainable.

The goal is to grow that number to full participation. “Our being a hundred-percent sustainable means consumers can be confident that when they buy a bottle of wine with ‘Sonoma County Certified’ on the label, the farmer is following a rigorous set of practices that steward the land, that don’t poison the earth, that pay careful mind to water resources, and human resources,” Kruse explains. She admits there’s no elevator speech to what sustainable means. “But our farmers,” she says with pride, “are always looking for ways to be softer on the land, for now and for the benefit of future generations.”

Home base for exploring sustainable, organic and biodynamic wineries was Healdsburg. No more than five miles square, the small town has a sizeable presence. It sits at the confluence of four of Sonoma’s great wine appellations — Dry Creek, Russian River, Alexander Valley and Chalk Hill — and boasts two dozen wine tasting rooms scattered around its 19th-century downtown plaza.  With good wine tends to follow good food, and the town’s none too shabby in that department either. In addition to fine restaurants, there are butcher shops (special shout out to the family-owned Journeyman Meat Co.), cheese shops, a grocery store that’s been a grocery store since 1881, bakeries, tea and chocolate shops, coffee roasters, and, on the northern outskirts of town, a newish craft distiller of gins and whiskeys and  craft bitters.

For all its distractions, it’s certainly possible to stay in town and just sample wine. But more fun to visit the wineries, taste the terroir by tromping around it, meet those that mind it, and realize keenly why it’s called wine farming. A sip of good wine in a crystal glass at a fancy restaurant seems quite distinct from the agricultural activity that had to happen to get it there. Thinking about compost, vermiculture (worm farming) and sheep manure, drought, fire and climate change isn’t something I tend to consider when pulling a cork. But the story of Sonoma Sustainable winemaking begins with farming practices. The stories I heard are all about weather and resilience, patience and timing, talent and luck and no small measure of bloody hard work.

My first stop was at the Truett-Hurst Winery in Dry Creek, known for its zinfandels and for its holistic approach to grapes. It’s possibly less known for its wider habitat projects, including one that protects endangered fish species in the Russian River watershed. The farm is audibly buzzing with activity from birds and bees, and from the mounds of rotting compost and bins of writhing night crawlers busy turning organic waste into rich nourishment for the soils. The more traditional farm animals contribute their bit to the efforts as well. In fact, Truett-Hurst seemed to me a good and happy place to be a goat. 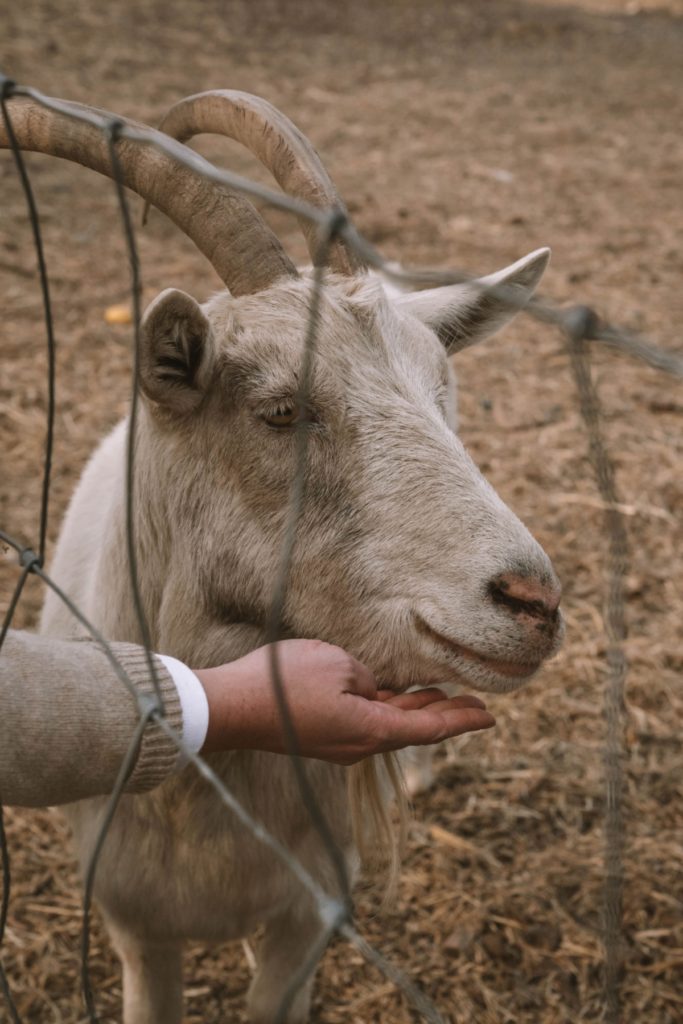 Next on the trail was the Wine Creek Ranch of Quivira Vineyards & Winery, where I was handed a zippy glass of their Fig Tree Sauvignon Blanc, before wandering the vineyard, past the beehives, pig pen, mature gardens and pond. If you’re imagining pristinely manicured rows of vines, that’s not a goal here: so long as the plants that grow among the grapes don’t negatively affect them, I learn from the vineyard manager, they stay put, attracting beneficial insects. Using compost bolstered with organic dairy material, and cover crops —peas, favas, clover, barley, wheat and rye — Quivira commits to organic and biodynamic practices in wine farming.

“Grow what belongs here. Be patient” is the mantra at DaVero Farms and Winery, which began with olive farming before embracing biodynamic grape growing. All Italian in focus — sangiovese, primitivo, barbera — planting and harvesting is done according to particular rhythms, and only natural yeasts are used in DaVero wines.  “We focus first on being great farmers,” says DaVero’s Andrew Hock, as we walk the rolling property that supports olive trees, vineyards, fruit and citrus trees, flowers, bees, pigs, chickens and sheep.

At Jordan Vineyards and Winery, nestled in the Alexander Valley, the tromping around was a bigger deal. Indeed, four miles bigger, as I joined a small group hike. It began with coffee and a light breakfast in the courtyard of the impressive Jordan Chateau. Thus fortified, we walked some of the 1200 acres of this stunning property, through woods, over rolling hills with panoramic views, past rows and rows of vines, olive orchards and pastures, around lakes busy with ducks and geese, past the extensive kitchen gardens and apiary. We ended with a well-deserved glass of Jordan Cuvée, a platter of charcuterie and cheese, and some of the house kumquat preserves.

My final stop was at Front Porch Farm, just a few minutes outside town. It’s a pretty piece of the valley, about 100 acres ringed by the Russian River, on which Peter and Mimi Buckley farm olives, stone fruit and Rhone varietal grapes, plus flowers, berries, and heritage vegetables (including the rare Red Flint Floriani corn that yields a polenta of unusual distinction.)

“For us, this farm is about nurturing things” Peter Buckley tells me, while cradling a Koginut squash as though it were an infant. “Everything we grow and do is an exercise in creating beauty.”

There’s no shortage of beauty in and around Healdsburg. More beautiful than other regions? The Western Cape, Tuscany, the Okanagan? I couldn’t say. It’s not a question that matters though. What’s most impressive is the thinking and caring that goes into the protecting and preserving of that beauty.