In the geographic heart of Washington State, the Columbia River glides through an impressive valley rimmed with basalt cliffs and rolling orchards. The region is famed for its sunshine, traveler destinations and globally renowned apples, pears and cherries. Small produce farms scatter the foothills. Asparagus beds spread across the flatlands. In between the rocky patches, vineyards and wineries have taken hold. It’s a produce paradise and its hub, Wenatchee, has reigned as “Apple Capital of the World” for almost a century.

In the past decade, another local offering is surfacing. Hard ciders have begun to pour from repurposed fourth and fifth generation family orchards. These nuanced and varied beverages beckon with subtlety, even as they garner awards and a devoted following of locals and visitors.

Cheryl Koenig from Rootwood Cider, upriver in Manson, explains how she and her husband Jim ran fourth generation apple orchards producing premium, eating fruit until she and her daughters decided to shake the tree. “For our family, transitioning some apple acreage by replanting and grafting cider fruit was easy,” Cheryl says. “We now have eleven cider specific varieties going into production in small batch, craft ciders.”

Cheryl says that the apples for which the Wenatchee Valley is famous are not, with the exception of Granny Smith, great for making hard cider. “What makes a great eating apple – including high sugar content – is not always what we are looking for. High levels of acid and tannin also build flavour and fermentation.” Those three factors, acidity, tannin and sugar, drive the flavour categories: bittersweet, bittersharp, sharp and sweet.

Describing cider is fun! Terms like cidre, scrumpy/farmhouse, off-dry, wild ferment, single varietal and wood-aged pepper the vocabulary. “Like wine, there are volumes written and a whole vocabulary dedicated to crafting hard ciders,” Cheryl says. “But for the most part, when it comes to enjoying hard cider, it is a matter of whether you like it or not.”

Underlying the flavour profiles lurks a deeper story. Family orchards are staying viable as times change and new generations forge ahead. Independent Cider, situated in Dryden, debuted in 2017. Their family pear orchards span from the lower Wenatchee River Valley to the edge of Leavenworth.

Kramer Christensen, a fifth generation orchardist, explains. “We up-cycle our fruit by using visually blemished, high quality heirloom pears for our pear cider or ‘perry.’ According to Kramer, in the past these pears would have been sold to mega-juicers or been dumped at the end of the season.

Pear based cider production is rare. Kevin VanReenan, of PearUp in East Wenatchee, tells the perry story better than most anyone in the United States. Launched in 2010 from longstanding family orchards, PearUp was one of the first cideries in the country to focus solely on pears.

An amazing cultural synergy is helping PearUp go global. “We are catching on in Asia,” VanReenan says. “The uniqueness of the pear finish combined with a reverence placed on the pear by Asian cultures is tremendous. Japan provided the initial consumer feedback that helped PearUp craft a whole new flavour called Pearmosa, now for sale in the US.”

So the story continues. Generations of orchard families hold on to their legacy while developing new ways to bring the orchards of Central Washington to the world. There are over fourteen cider makers within driving range of about an hour, featuring bottles and tastes to be found exclusively in the region. With the recreational beauty of the landscape, lodging available year around in treasured destinations like Bavarian Leavenworth and opportunities to taste hard cider rooted in the Apple Capital of the World, Central Washington’s hard ciders are ready for their day in the sun. 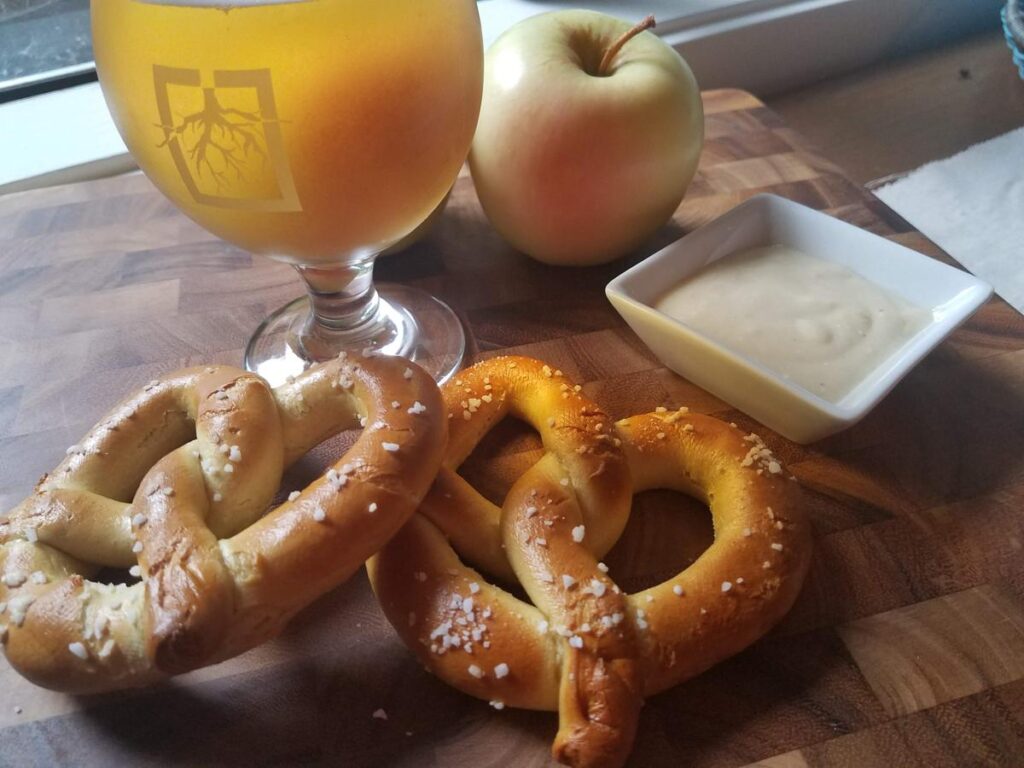 The Big Chill Cider and Harvest Festival will run from 1-6 at Pybus Public Market in Wenatchee on Oct. 9, 2021.  Over 12 local cider makers will be featured, each pouring 2-3 kinds of cider with flavour profiles ranging from dry to sweet.   Award winning ciders from Snowdrift, Rootwood, Union Hill, Archibald James, Manchester Road, Pear Up, Steelhead, Barns Etc, Independent Cider, ChelanCraft and more will be available along with tasting and education about cider apples and cider making, food and games.

Down on Thunder Road
A Lush in Las Vegas
Where Hops Were Once King, Beer Bubbles Back