Vanessa’s leading a troop of novice e-bikers on a sightseeing tour, Latin pop pumping from a speaker on her luggage rack, long black hair flying on the breeze. Shouts of Good morning! Hello! are offered to all and everyone going about their business on a bright summer morning in downtown Calgary. Daniel brings up the rear, zipping forward to stop traffic whenever we cross an intersection and making sure our turns and lane changes are executed safely.

This isn’t your everyday food tour. Vanessa and Daniel De Oliveira launched Food Bike Tours in Edmonton in 2016, at that time using regular bikes. Instead of packing the tour with multiple venues and small bites, riding between stops is about 30 minutes, so there’s time to build an appetite and burn some calories along the way. The initial concept was so successful that the couple received a tourism industry grant to purchase a fleet of 18 top-of-the-line e-bikes and to expand their food-tour offering to a second city. 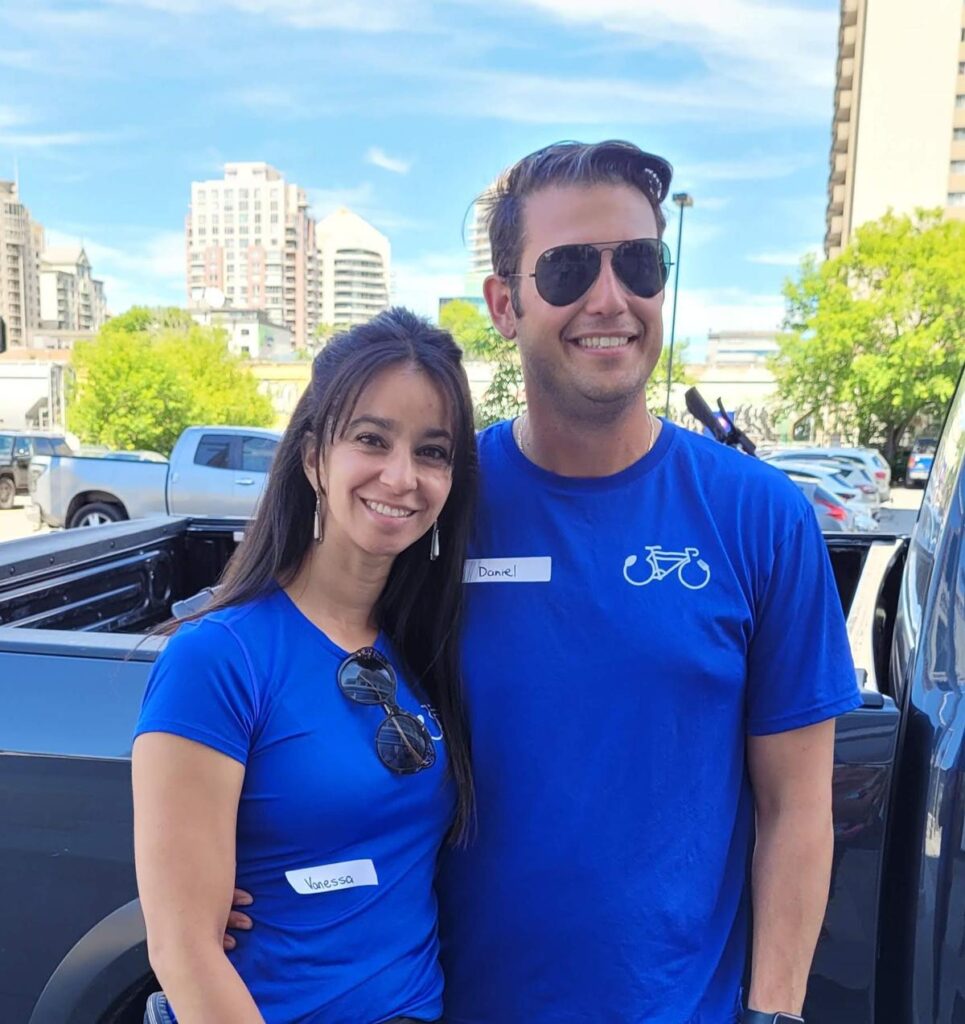 Our tour began with a short ride in early morning sunshine through Calgary’s riverside Prince’s Island Park to Hutch Café. This is the only place in Calgary where you can taste coffee brewed by syphon, a retort- flask method that looks like it belongs in a science lab but produces an exceptionally smooth and bright cup. This stop included a full brunch — eggs benny with house-smoked ham, herb roasted potatoes and an ethereal, citrus-spiked hollandaise, orange juice and bottomless cups of coffee. 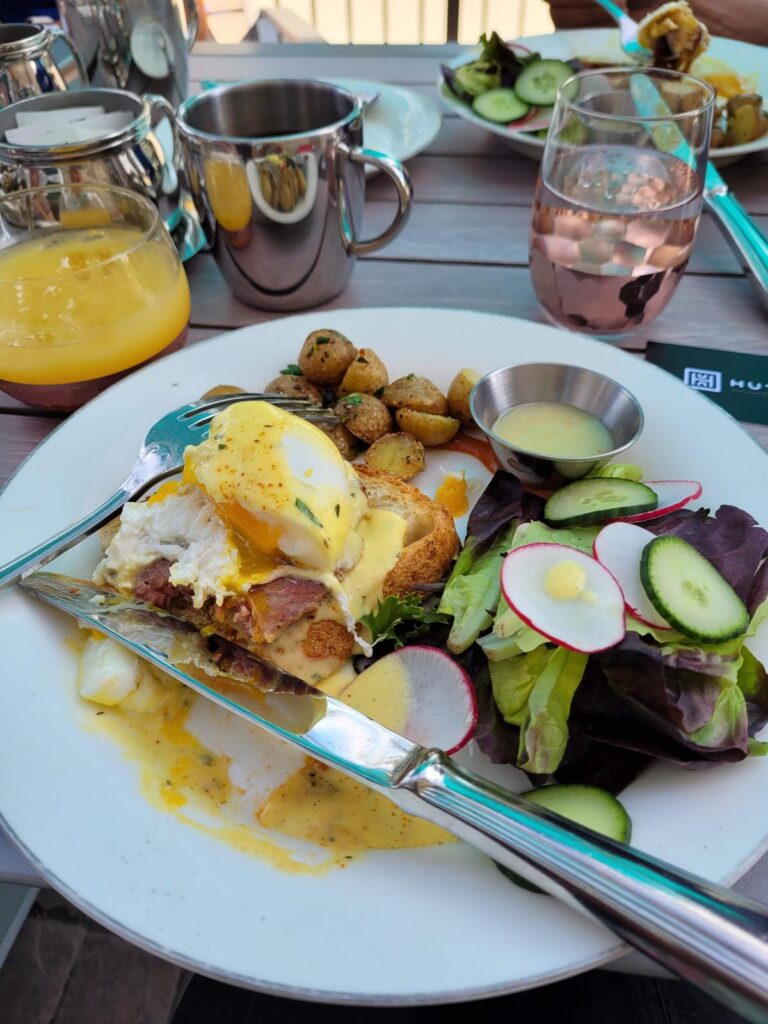 Calgary boasts the most extensive urban pathway and bikeway network in North America, with an impressive 1000-plus kilometres of regional pathways and bike trails. It’s the combination of cycling and sampling that sets a Food Bike Tour apart from other urban food tours. Working off that brunch, we cruised through city streets and neighbourhoods, paced rowers on the tumbling Bow River, skirted the Stampede showgrounds and followed leafy wooded trails up hill and down dale, using a combination of pedals and the e-bike energy assist.

Next stop Canela, Western Canada’s first all-vegan bakery and cafe, where we customized warm cinnamon rolls with a choice of gooey toppings and watched trays of goodies being readied for delivery to wholesale clients throughout the city. 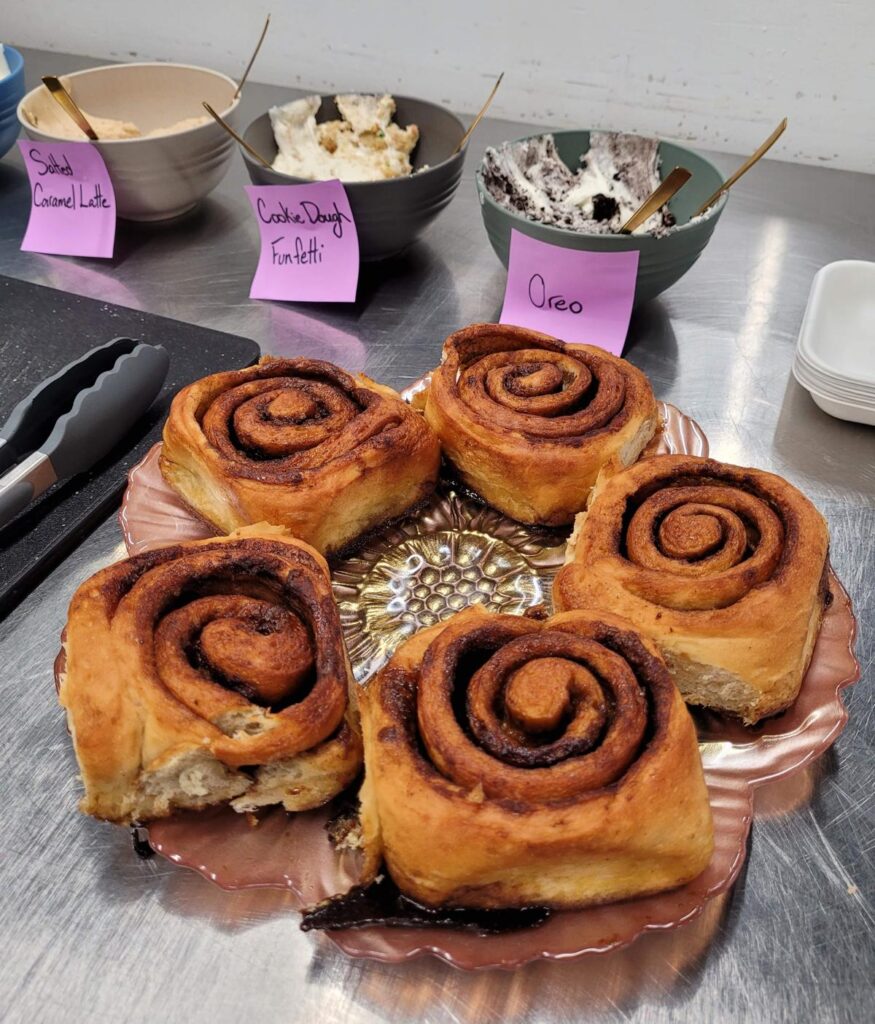 On to Pleasant Cheese, a light-filled emporium of good taste with a welcoming window counter and a dazzling range of imported and Canadian cheeses. Cheesemonger Michelle Chow is a walking encyclopedia of dairying knowledge and a whizz at assembling instagram-worthy charcuterie boards. Even though we’d eaten our fill of cheese, meat, olives, nuts and dried fruit, she sent us on our way with fat baguette sandwiches wrapped in parchment paper. 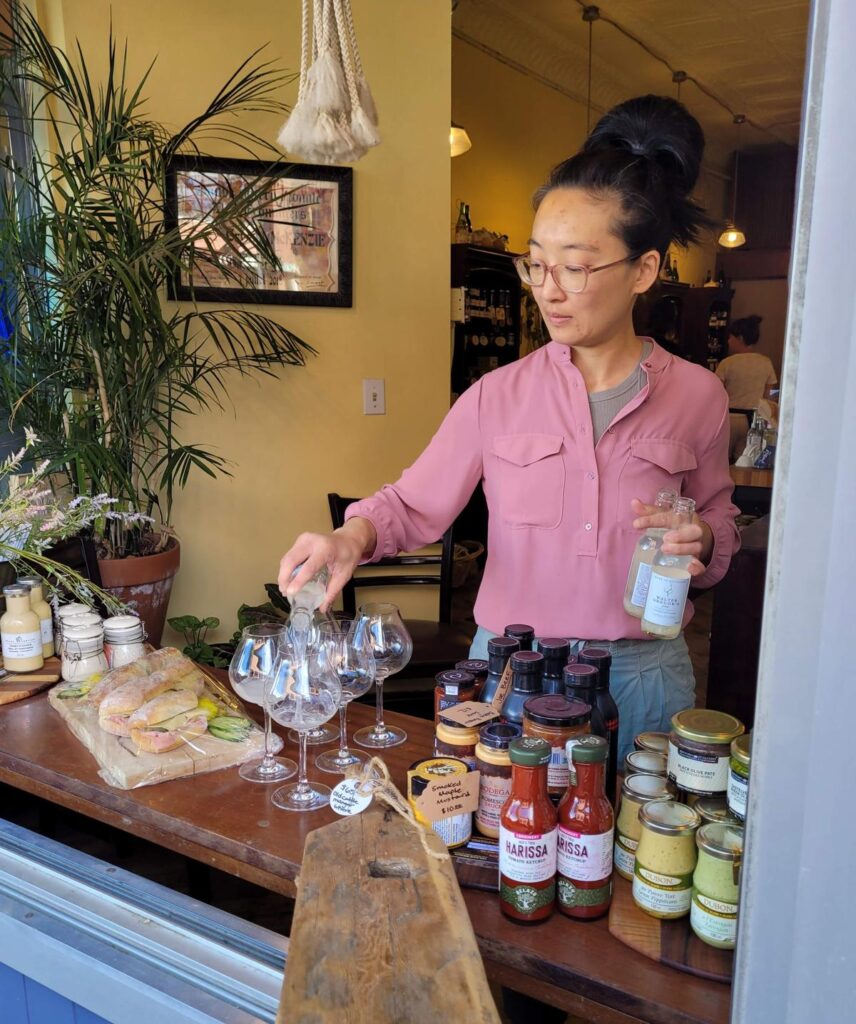 Our tour wound up with lunch at Donna Mac, a bright, modern neighbourhood restaurant offering elevated comfort food with a Canadian focus. I didn’t think I had room for anything more but one taste of the feather-light perogies Chef Kyla Woods showed us how to make, and I cleaned my plate. Plus there were chocolate chip cookies to finish. 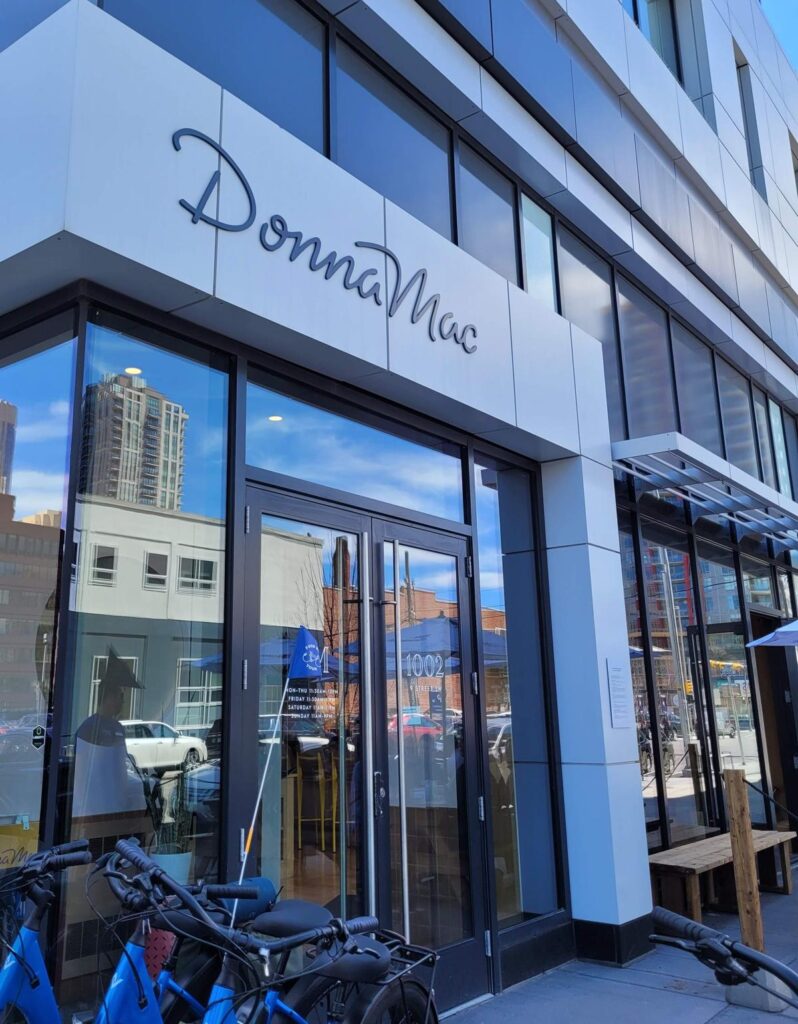 You certainly won’t go hungry on a Food Bike Tour. The offerings at each stop were more than generous and the hosts seemed genuinely pleased to welcome and feed our ragtag group of cyclists. Whizzing around on an e-bike is a novel way to explore Calgary’s different neighbourhoods in just a few short hours, while getting to taste some of the best food in the city.