In this column I’ll be focusing on photographic composition — a topic on which much has been written and which many photographers find difficult to master. A key concept is that, unlike painting where the artist can place objects wherever their imagination desires, in photography you have to work with what is in front of you. By framing the scene and choosing the angle, you select in, or often select out, what you want in the image. But this firstly requires a clear vision of what you want the subject of the image to be. Whereas snapshots just capture whatever is in front of the camera, a well composed image presents the subject in a flattering way — in a way that is ‘artistic.’ 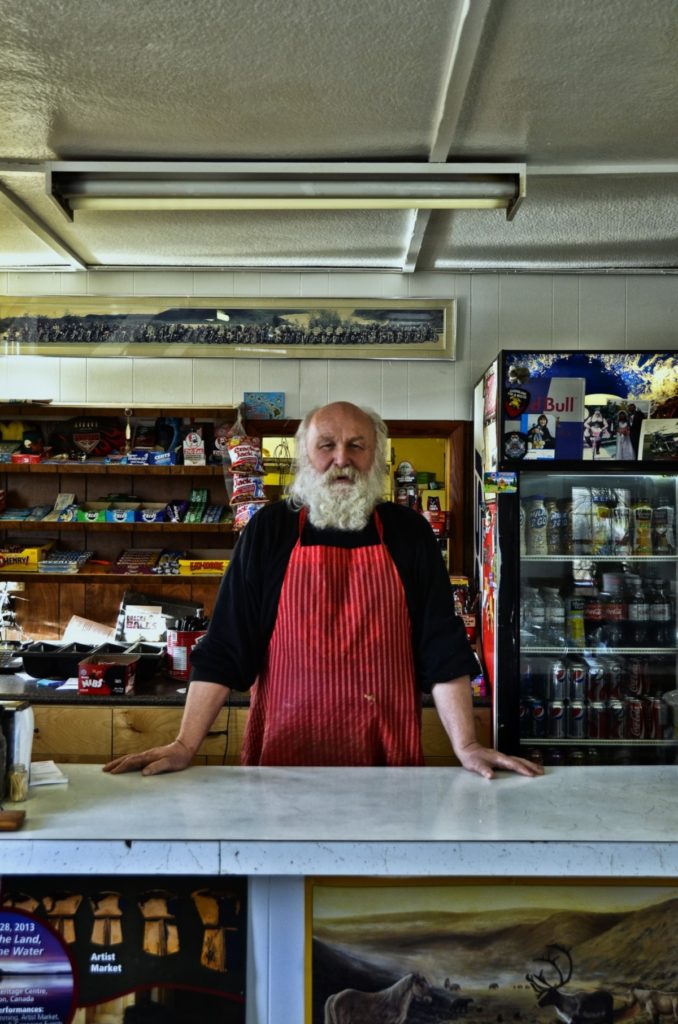 I recently came back from a trip to Yukon Territory. On one of my jaunts I stopped at a lodge for lunch and met Steve, the owner. He was the spitting image of Santa Claus! The light was beautiful so I asked if I could take a picture and he agreed. The first one I took was of Steve behind the counter. By including the counter and candy shelves in the image you get a sense of the place. But to my eye, Steve with his fabulous facial growth was the subject. So I zoomed in with my lens and took another shot, filling the frame with Steve. There’s still a hint of the candy shelves and pop cooler but the subject here is clearly Steve. 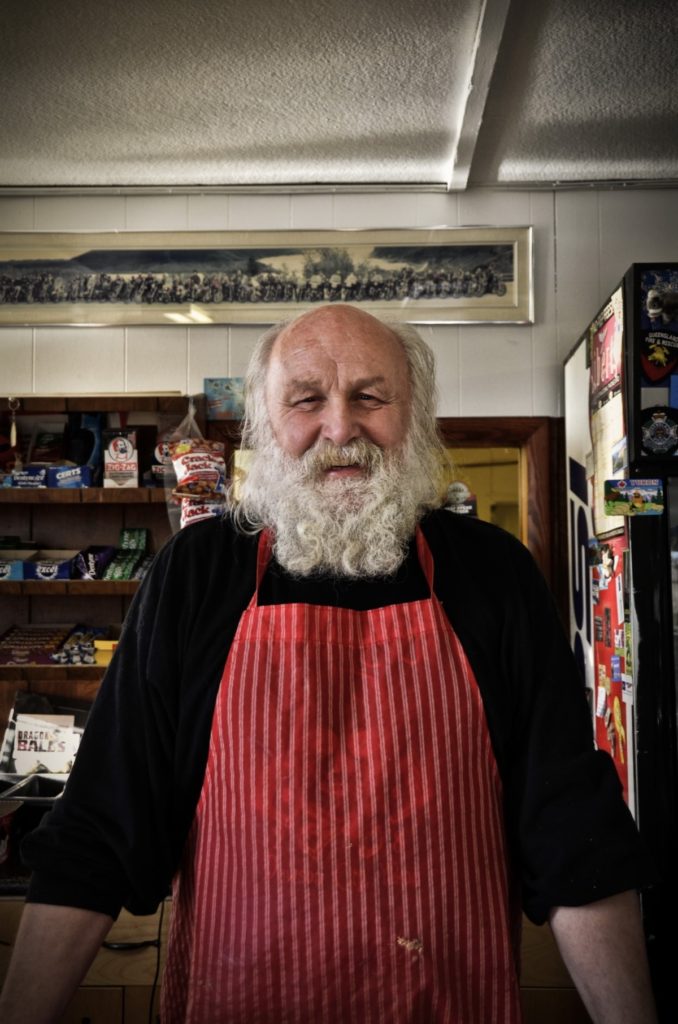 Now, I virtually always shoot with a zoom lens — mine is 18 to 200 mm. This allows me to take either wide panorama shots at 18 mm or to zoom into semi-telephoto at the 200- mm range. Though I strongly recommend zoom lenses, especially for travel photography, you can achieve the same results with a standard lens by simply walking forward to the subject to fill the frame. The point here is to present your subject as the main part of the image and at the same time to get rid of distracting backgrounds. 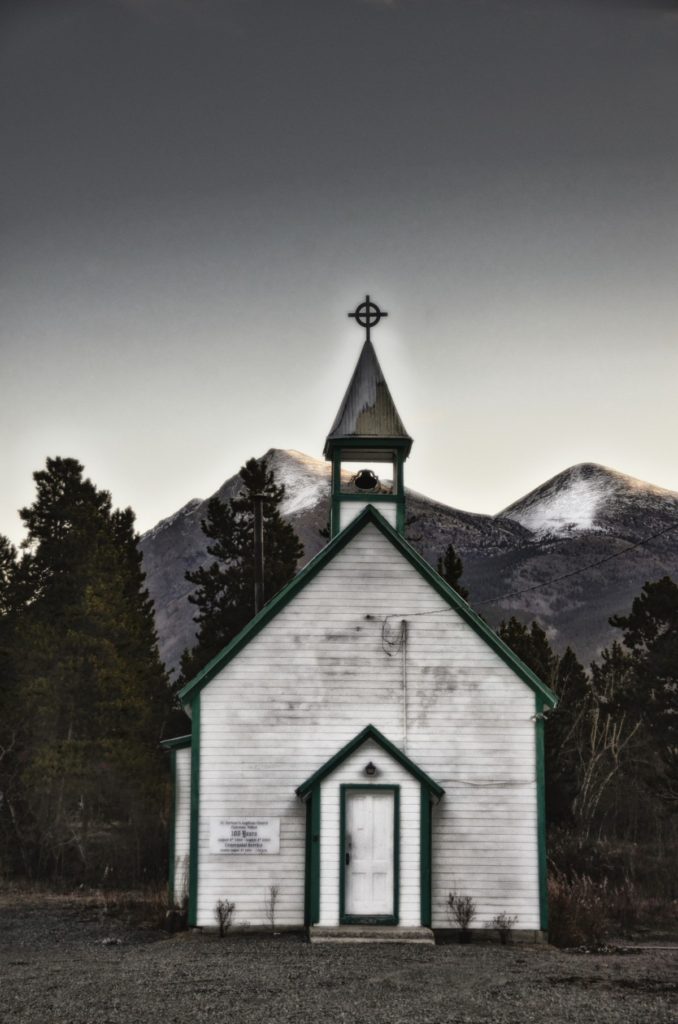 Now for framing. When you take a photo holding your camera normally you get a horizontal frame — what is called landscape mode. And by turning your camera up you get a vertical frame — portrait mode. These modes are called that for a reason. Portrait mode is for — well — portraits. You’ll see most painters using vertical canvases for portraits and horizontal canvases for landscapes. The point here is that if your subject is vertical, then shoot vertically. After leaving Steve’s lodge I came across the beautiful 100-year-old St Saviour’s Anglican Church in Carcross — . I wanted to focus on the old weathered exterior so I composed the image vertically and zoomed in to fill the frame with the church, giving only a hint of the snow-capped mountains in the background. And later that day I came across two eagles perched in a tree. Again, since the subject, or in this case subjects, were vertical I used portrait mode. 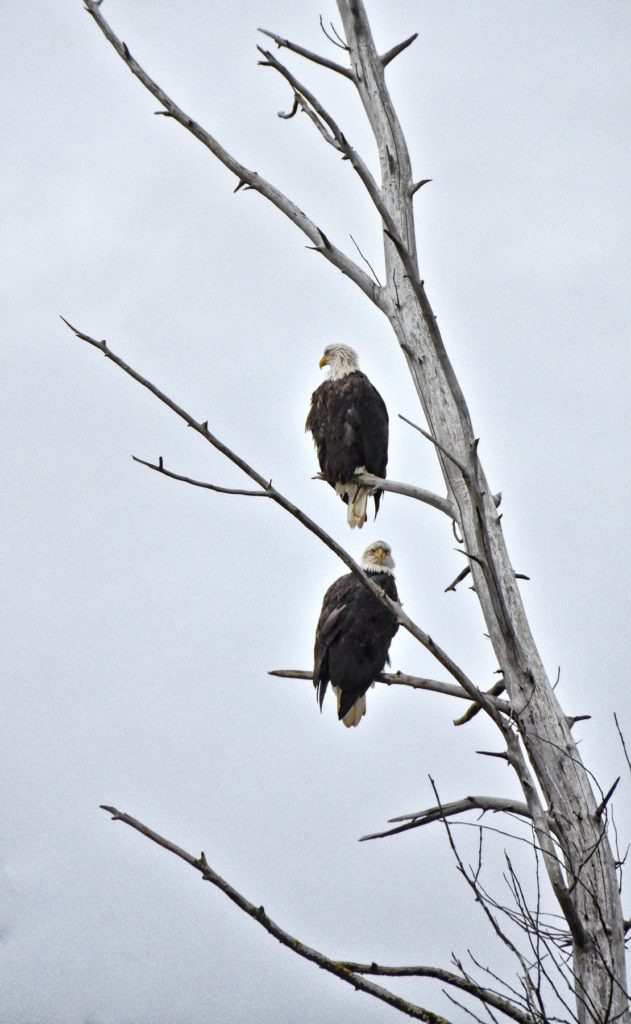 On the other hand, while coming into Skagway, Alaska one evening I saw a range of snow-capped mountains with a hint of sunset colours in the sky. Since the subject was the mountain range I shot horizontally. Normally, you would position the ground level at about a third of the image but since I wanted to emphasize the vastness of the landscape I positioned the horizon on the very bottom to capture the empty sky. This gives the image a cold empty loneliness to my eye. I will be addressing the rule of thirds and how rules are meant to be broken in my next column. 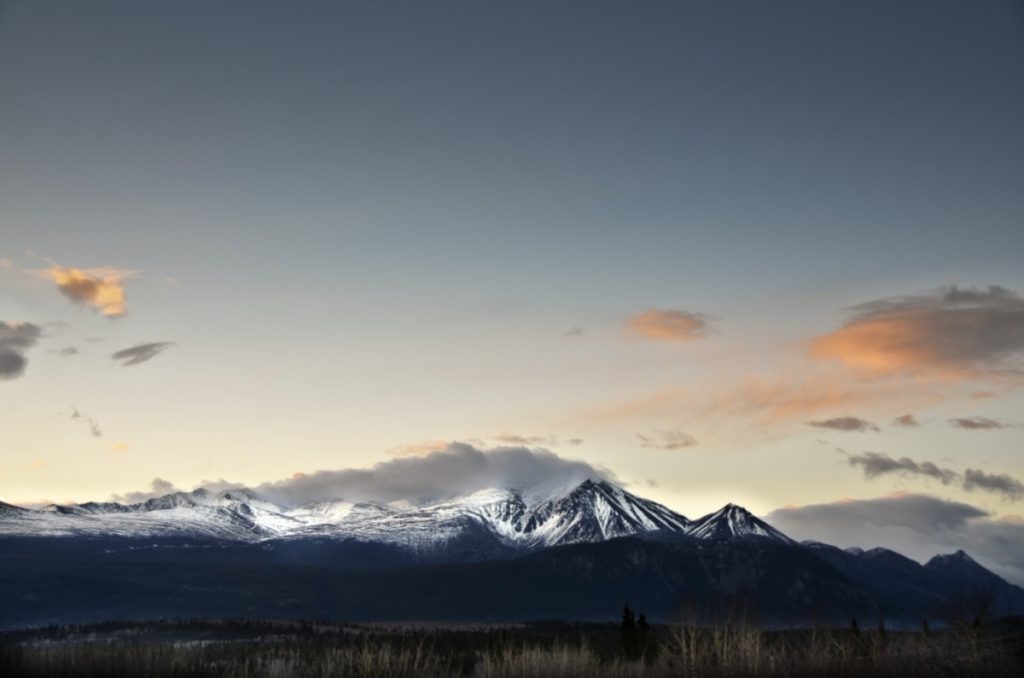 Shooting with Purpose
Capturing Sunsets
The Soul of the Place