Honolulu, with its supreme white sand and Waikiki Beach, has been a popular travel destination from the first days of steamship travel in the early 20th century to the current jet age. The exotic locale and Hawaiian people were immortalized by glamorous posters and retro postcards of the ocean liners en route from the Orient to the American west coast, in the first real signature advertisements of the former Sandwich Islands. Sun-kissed, grass-skirted, long-haired Polynesian beauties and bronzed, muscled surfers lazed in their tropical paradise with the impressive extinct volcano, Diamond Head, in the background, a sure contrast to the conservatism back home on the mainland.

It wasn’t until the tragedy of Pearl Harbor, however, and the release of Elvis Presley’s popular movie Blue Hawaii, that Honolulu became a fixture on the commercial tourism map. Hawaii was an especially hot vacation spot in the 1970s and quickly became known as the exotic locale for the likes of TV’s Hawaii Five-0. And who could forget the time when The Brady Bunch took a family vacation in the tropical island paradise? TV and film buffs also saw stunning Hawaiian locales as the backdrop for Magnum PI, Lost, Baywatch, Jurassic Park, and most recently, the newly updated Hawaii Five-0.

Throughout all these glamorous vista shots, there was rarely any reference to the regional foods of the islands, besides the ubiquitous pineapples and coconuts. There was the occasional mention of traditional native staples such as the somewhat unpalatable poi, the fermented paste of mashed taro root (akin in texture to wallpaper paste), and to kalua pig, a whole pig, covered in banana leaves and cooked in an imu, the Hawaiian underground oven. The meat is basically steamed in the hot, covered oven until tender, then shredded, somewhat like Latino carnitas, but infused with heady smokiness.

My first visit to the Hawaiian Islands was with my family in the mid 70s, when the local cuisine consisted mainly of dishes made from ingredients and produce shipped from the mainland — frozen vegetables, under-ripened fruit and frozen meat. Food was basically badly prepared, either fried or overcooked.

It was during this trip that I became acquainted with such “Hawaiian” culinary delights as saimin (the island’s version of Japanese ramen), Spam musubi (a local sushi variant that has since become very popular with the visiting Japanese), and the aforementioned kalua pork and its accompanying poi. Local dishes such as the plantation-origin plate lunches of loco moco (two scoops of rice, topped with two hamburger patties, onion gravy and fried eggs, usually accompanied with scoops of macaroni salad) were popular. These plate-meals were large enough to set me thinking about a full cardiac check-up, even if all I did was read about them on a menu!

But significant changes have taken place in island cuisine over the last couple of decades. Some 20 years ago a group of dedicated chefs formed a collective group called the ‘Hawaii Regional Chefs.’ They were focused on using local, regional and seasonal island ingredients in their restaurants, proving they were self-sufficient and didn’t need to rely solely on products grown and harvested across the ocean.

In August 1991, twelve of Hawaii’s most talented chefs from throughout the Islands gathered on Maui and pioneered a new culinary concept: ‘Hawaii Regional Cuisine.’ The premise was to elevate the culinary experience in Hawaii by featuring the local foods of land and sea in dishes that expressed each chef’s own distinctive style of cooking. The results were exciting, creative presentations and delectable dining experiences. Hawaii Regional Cuisin’ has come to incorporate many interpretations and definitions but remains fundamentally a contemporary style of cooking that showcases local ingredients and borrows from all of the ethnic influences you’ll find in Hawaii, from the indigenous Hawaiians to the plantation-era immigrants of Chinese, Filipino and Japanese descent and more recent Korean and Vietnamese arrivals. Both collaboratively and individually, the Hawaii Regional Chefs have put Hawaii on the international culinary map and have inspired and mentored a new generation of talented chefs who share their philosophy and have followed their lead.

For the past two decades, Hawaii’s culinary luminaries such as Alan Wong, Roy Yamaguchi, Sam Choy, Mark Ellman and French ex-pat George Mavrothalassitis have spread their gospel about the glory of regional Hawaiian cuisine. Thanks to their dedicated and focused efforts, individuals and communities are working together to build more locally based, self-reliant food economies based on domestic agriculture. These include new boutique produce farms and aqua-culture (seaweed, salt water shrimp, lobster, abalone and fish) farms.

The new wave of Hawaiian cuisine continues to evolve in the hands of the second generation of talented chefs, many homegrown in the various islands. Honolulu Chef Glenn Chu’s popular, award-winning restaurant Indigo is situated on the border of Chinatown. Located in several restored buildings that once housed Chinese tailor shops, the restaurant has multiple rooms, including a wonderful lanai overlooking a park and fountain. The atmospheric lighting at night makes the restaurant mysterious, leaving diners wondering if they’ll catch a glimpse of the fictitious Charlie Chan around the next corner. Chu is fifth generation Hawaiian-Chinese and has grown up wandering the historic wet-markets of Chinatown, witnessing the changes that a multitude of Asian influences has encouraged over the years. His food, strongly influenced by his Chinese ancestry, reflects a fusion style well adapted to the local palate. Chinese Gin Doi, a fried dumpling usually found at dim sum restaurants, is filled with duck and dried apricots. Won tons are stuffed with goat’s cheese, sundried tomatoes and sweet peppers. Garden spring rolls are stuffed with vegetables and couscous pilaf, accompanied with tangerine sauce.

Thai-born Chai Chaowasaree, of Chai’s Island Bistro located at The Aloha Tower, wraps local Kauai prawns in shredded filo pastry (kataifi) and macadamia nuts, deep fries them until golden and serves them with a pineapple vinaigrette. Russell Siu, with his popular restaurant, 3660 On The Rise, and Wayne Hirabayashi at the helm of the award-winning Hoku’s in the stunning Kahala Hotel & Resort, both on Oahu, are two other notable chefs who continue to promote Hawaii’s great cuisine. Since 2000, chef-owner James McDonald of Pacific ’O, located in the former whaling town of Lahaina on Maui, has served stunning regional cuisine with biodynamic and organic produce grown in nutrient rich volcanic soil on his farm, just minutes away. An array of produce, including fennel, cabbage, turnips, lemongrass, heirloom carrots, asparagus and tomatoes, is grown some 3000 feet above sea level on the slopes of an extinct volcano. McDonald earnestly tries to grow and use as much as he can for his kitchens and about 75 percent of his menu is organic. The Hawaii Regional Chefs’ restaurant menus average at least 50 percent organic ingredients and most are trying to increase that percentage.

I have visited Hawaii almost every year since 1998 and have been impressed with the focus on the evolving Hawaiian cuisine. Long gone are the large plantations of sugarcane (remember the catchy C & H Sugar tune?) and pineapples (except for local consumption and tourism at the Dole plantation on Oahu) that once dominated the volcanic landscape. Instead, small farms are being developed and produce is being grown in response to demand from local chefs and islanders. Wonderful farmers’ markets such as Saturday’s KCC Farmers’ Market (located at the foot of Diamond Head at the Kapiolani Community College), and the more recent Thursday Waikiki farmers’ market further up the coast at Ewa Beach are just two examples among many that have sprouted up through the islands.

These markets, unlike most of the mainland farmers’ markets, are made up of various stalls reflecting the multi-ethnic diversity of the islands and their Asian influence. Here you’ll find makeshift kitchens deep-frying fresh Filipino lumpia, Korean-style fried rice with kimchee and salmon, local taro fused with Japanese mochi, Vietnamese bakeries with their baguettes and almond croissants, Chinese rice noodles and fresh tofu. A wonderful cornucopia from an Asian melting pot!

Nathan Fong (1959-2020) was a renowned Canadian chef, food stylist, writer and media personality. He was a foundational member of the Taste&Travel editorial team. His first contribution to the magazine, reproduced here, was first published in 2011.

Following on from the Hawaiian Regional Cuisine revolution, farm-to-table dining took off in a serious way, bringing even more emphasis to the quality and diversity of ingredients grown, fished and foraged in Hawaii. Today, inspired by global trends, a next generation of chefs is taking the movement to new levels of creativity. Names to watch include Lee Ann Wong, Ed Kenney, Sheldon Simeon, Andrew Le and Brandon Baptiste, among others.

Of the restaurants Nathan Fong profiled, Indigo closed in 2013 and Chai’s Island Bistro closed in 2016. 3660 On The Rise is still helmed by Russel Siu. Hoku’s still serves globally inspired Hawaiian cuisine, now under the direction of Chef Eric Oto. Pacific ‘o continues to set the standard for farm-to-table cuisine in Lahaina. 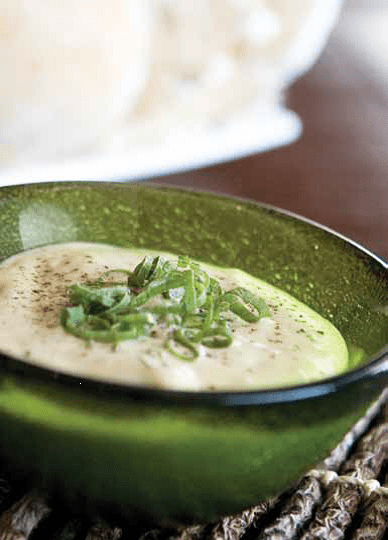 Keep On Trucking
Secrets of the valley
Wine Country Charmer