There’s no place quite like it. In 1931 the Rotary Clubs of Alberta and Montana proposed the joining together of Waterton Lakes National Park in Canada and Glacier National Park in the United States to create the world’s first International Peace Park. They reasoned that the superlative mountain scenery, unique glacial topography, diversity of wildlife and abundance of wildflowers shared by the parks united them in a unique ecosystem with a significance beyond the bounds of political nationhood. 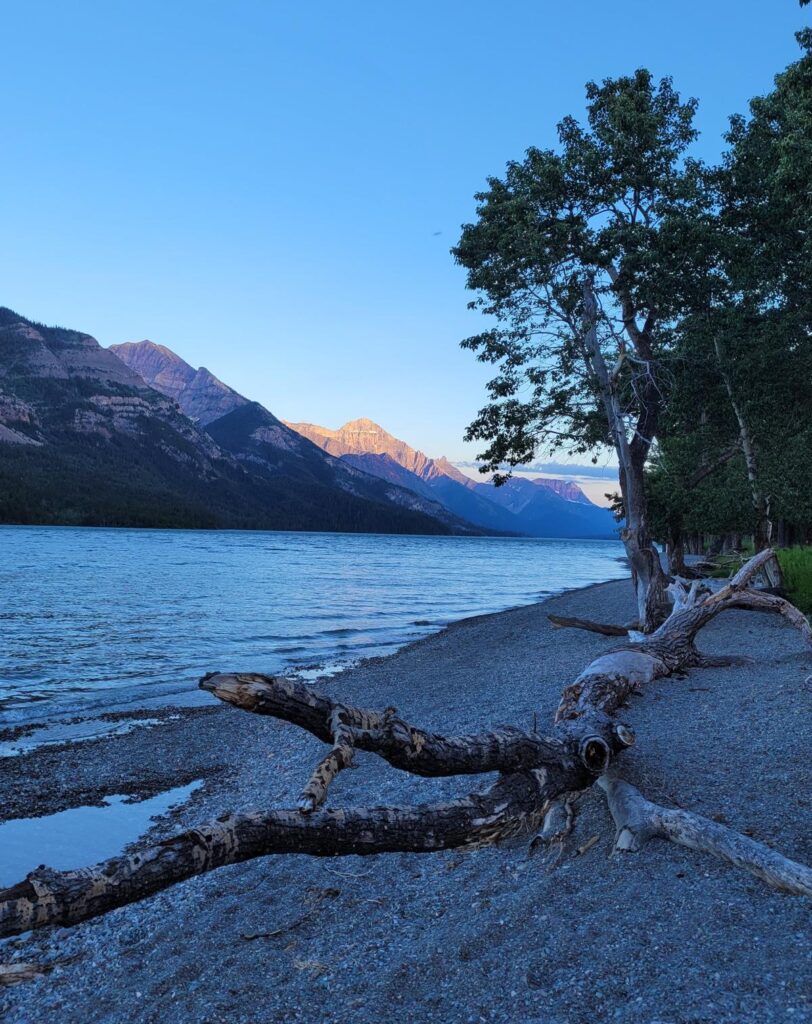 And they were right. Today Waterton-Glacier International Peace Park is recognized by UNESCO as a World Heritage Site and a biosphere unique in the world. I hadn’t heard of Waterton Lakes National Park (managed by Parks Canada) before I went there, nor had anyone else I mentioned it to. But drive just three hours due south of Calgary and you can see for yourself this gorgeous Canadian gem.

Waterton’s unique landscape “where the mountains meet the prairies” is the result of a massive geologic incident known as the Lewis Overthrust that occurred between 72 and 58 million years ago, giving rise to the Rocky Mountains. The upheaval disrupted the natural layering of rock in a way that bypassed the formation of foothills, resulting in the dramatic scenery of jagged peaks thrusting abruptly out of grassland meadows. 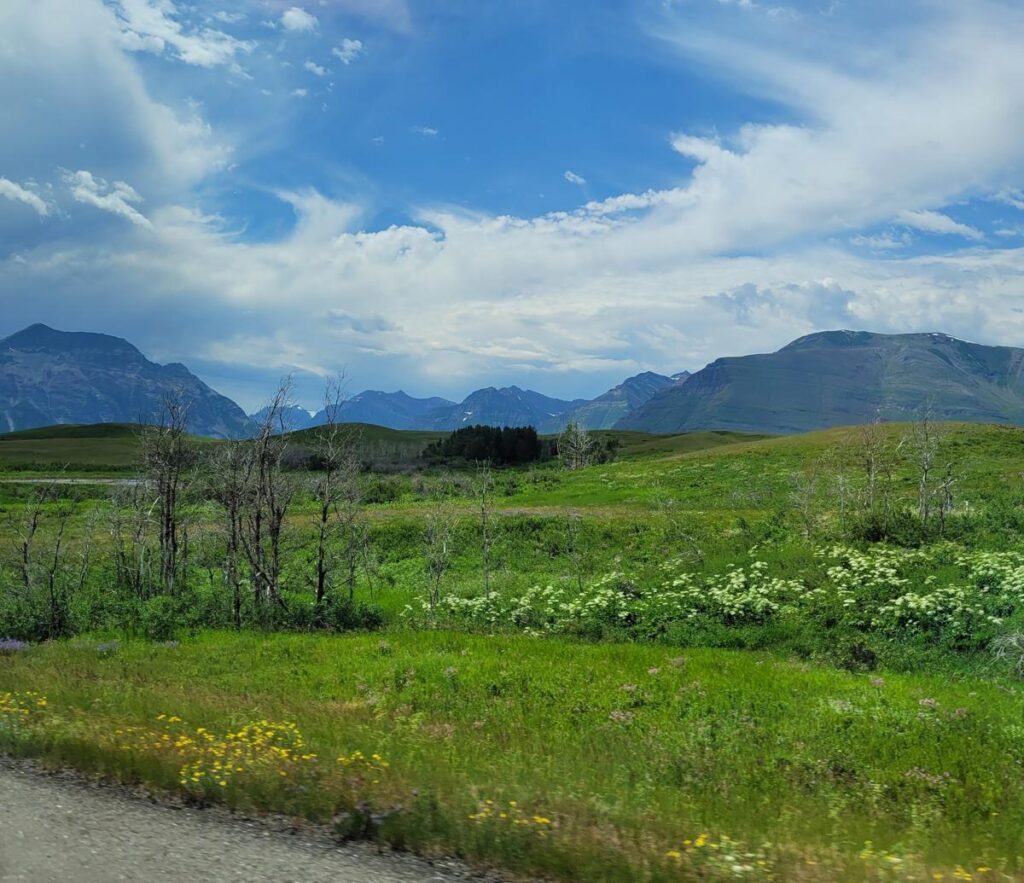 This geological phenomenon is mirrored in the mix of flora and fauna. Prairie and mountain flowers bloom side by side, in a bouquet that encompasses more than 600 plant species, over half of Alberta’s total count. They range from orchids and lilies to heathers and roses, from vigorous wetland grasses to tiny tundra plants. And where there are plants, there are creatures that feed on them. Black and grizzly bears, big horn sheep, elk, deer, moose, mountain goats, wolves, lynx and mountain lions all live within the protected habitat of the park and its grasslands are a playground for a myriad little creatures such as gophers, mice, rabbits, squirrels, shrews and the like. I didn’t see bears or lions, but plenty of elk and deer were wandering around Waterton’s compact downtown, along with scampering squirrels and twitchy-eared bunnies. 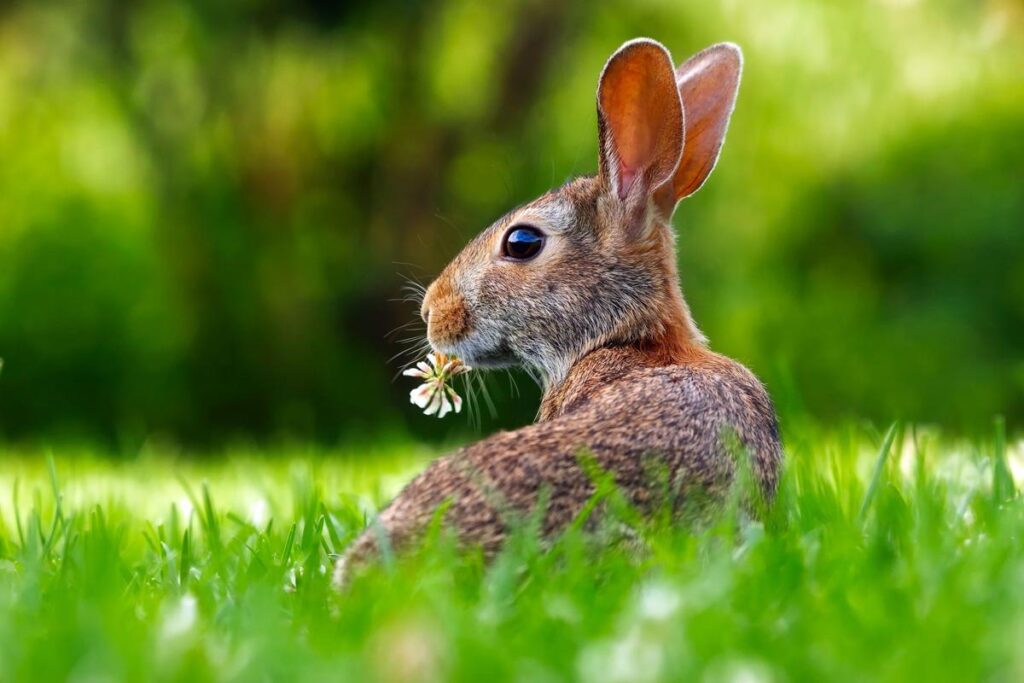 Waterton wasn’t always the pristine paradise we see today. In 1889 one Allan Patrick filed a mineral claim, hoping to harness the region’s natural oil seeps, which were used by indigenous peoples as medicine and lubricant. The Rocky Mountain Development Company was formed in 1897 and oil was struck, initiating an exploration boom and plans for a town nicknamed Oil City. In 1905, 41 people were receiving mail at the new post office. But the challenges of hauling equipment in the harsh terrain in often extreme weather doomed the oil industry before it got off the ground. Today a few wagon ruts found by hikers are the only remaining evidence of the attempt to extract oil in Waterton. 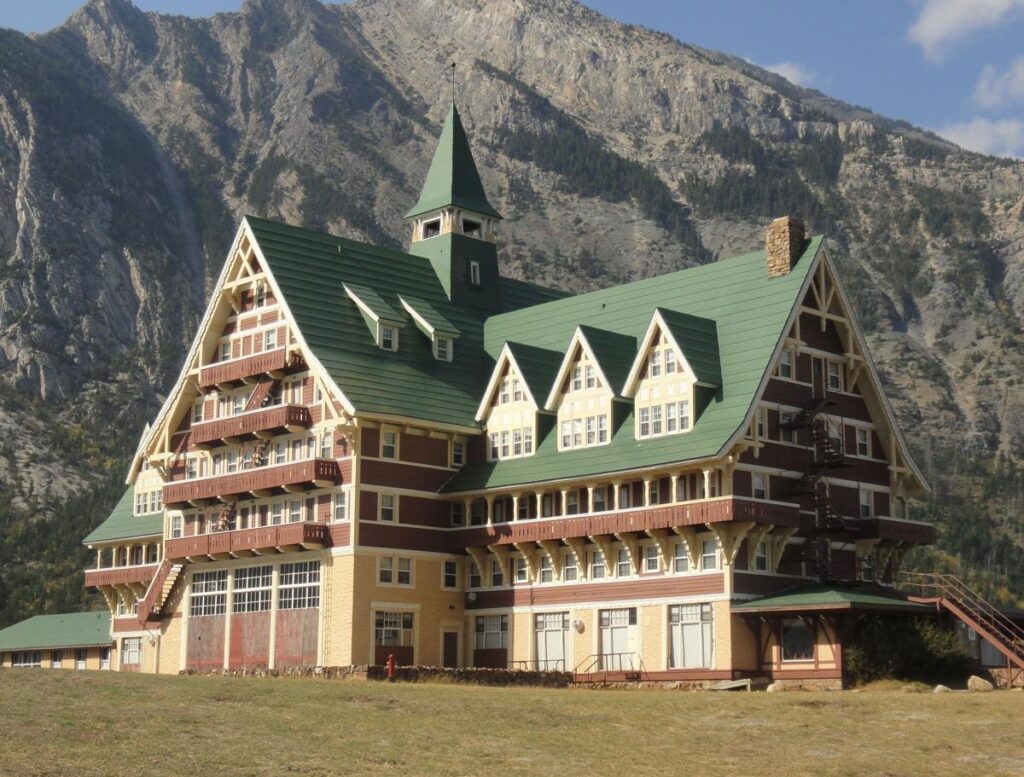 Another chapter in Waterton’s history centres on the Prince of Wales Hotel, a Swiss chalet-style structure perched on a bluff overlooking the moody expanse of Waterton Lake. Built in 1927 and just a boat ride from the border with Montana, it was a popular watering hole for American visitors chafing under the strictures of Prohibition. Partying at the Prince of Wales, where the liquor flowed freely, was a popular way to let off steam. These days visitors come to Waterton’s iconic hotel for the old-world atmosphere, (requisite) ghost story, and classic Afternoon Tea in the Royal Stewart Dining Room, delivered by servers in tartan kilts. 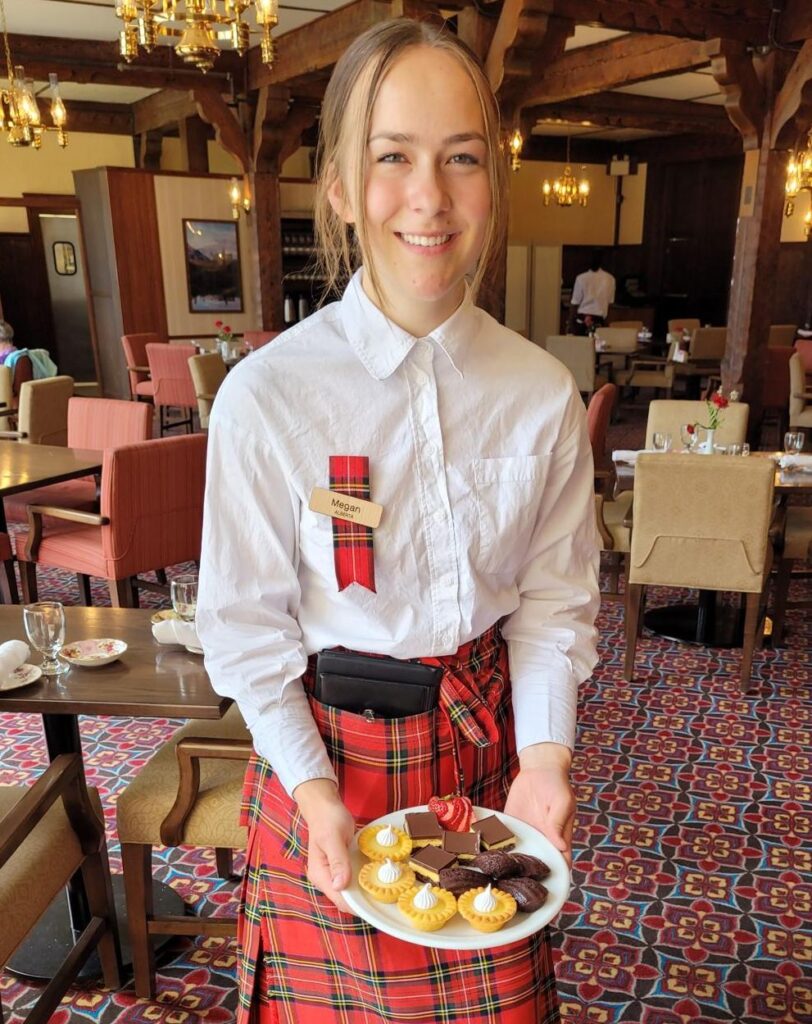 Waterton is also a designated a Dark Sky Preserve, meaning that artificial lighting is kept to a minimum so that the night sky can be observed and the habitat of nocturnal wildlife can be preserved. I joined a late night walk with Dark Sky Tours, learning to recognize several constellations and watching the international space station pass overhead, before a full moon stole the darkness, rising above the mountains and spreading a sheen of silver on the black surface of the lake. 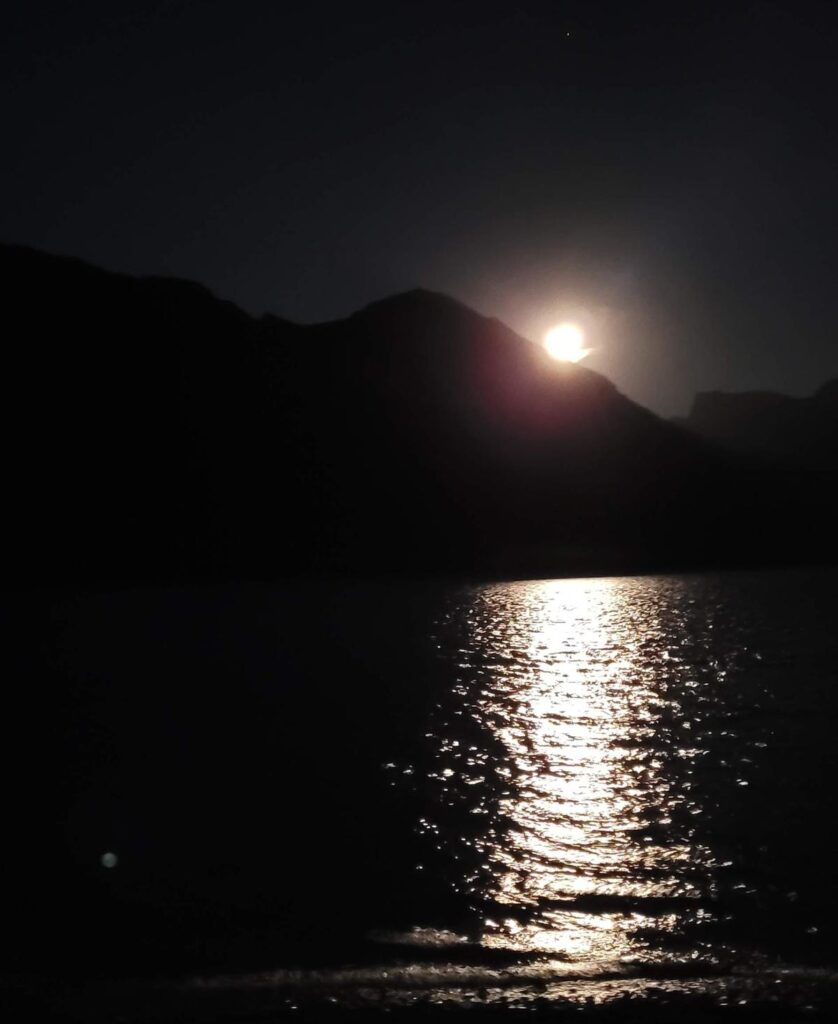 Most of the businesses in Waterton Village are multi-generational, family owned. Seven establishments are owned by the Suleman family, testament to the remarkable journey of a Muslim Indian single mother who came to Canada as a refugee in the 1970s. Razia Suleman and her son Shameer are now proprietors of two hotels, four restaurants and a spa in Waterton, major employers and foundational members of the community. I stayed at Razia Suleman’s original property, the Bayshore Inn, a rustic lodge with a brilliant view of the lake. I slept with the window open and curtain billowing in the fresh mountain breeze. 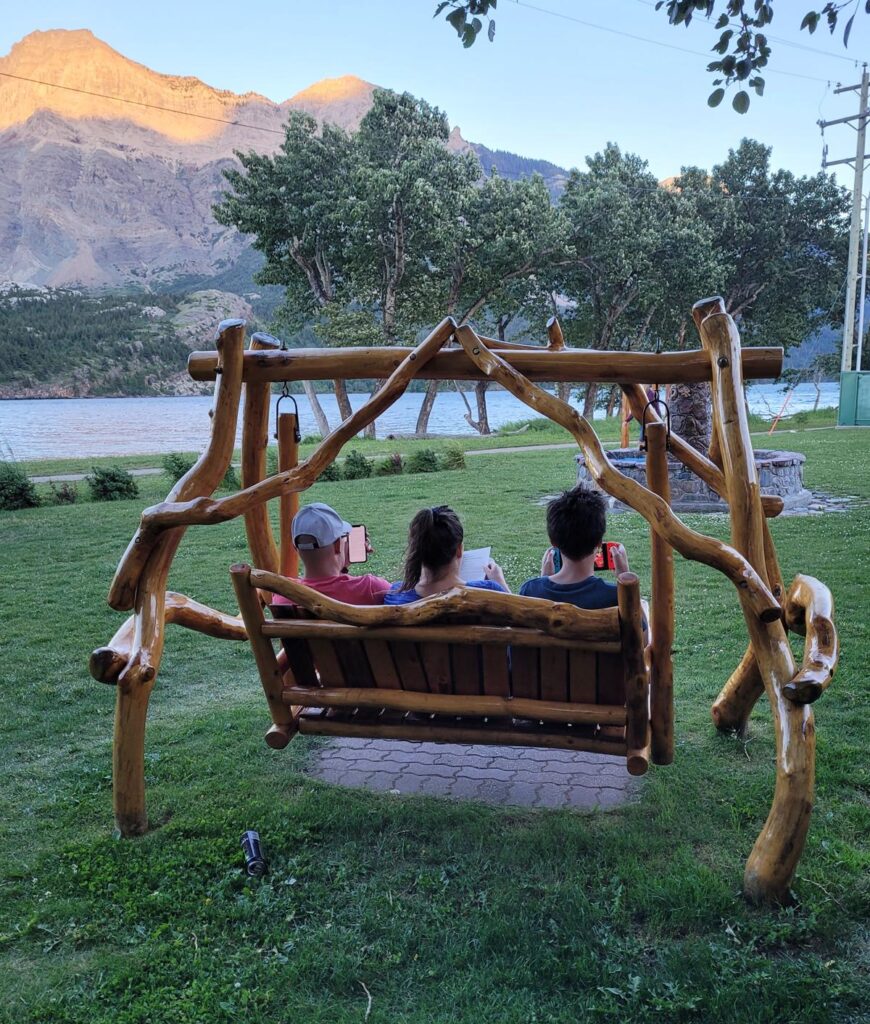 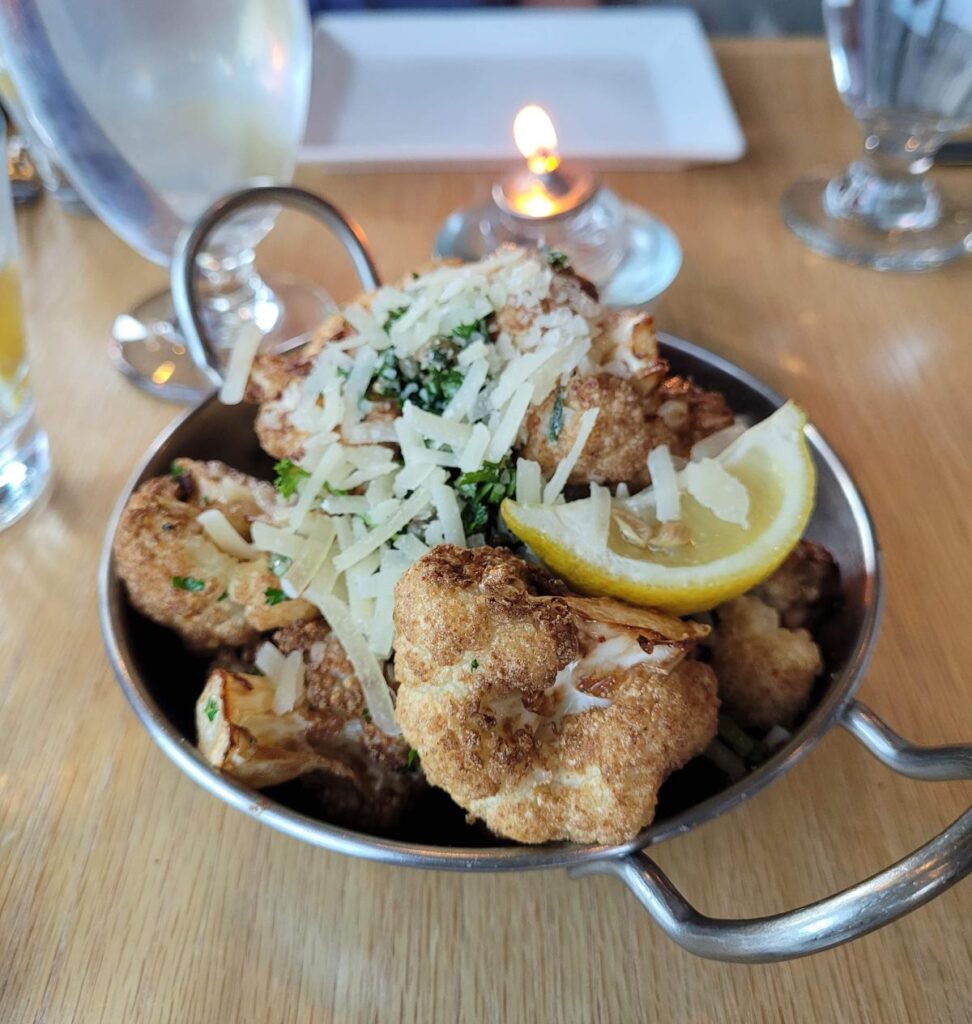 At Tamarack Outdoors, in addition to a full range of outdoor gear, you can pick up a hiker’s lunch before heading out with or without a guide along one of the numerous hiking trails within the park. These range in difficulty from a gentle nature walk to challenging all-day Rocky Mountain treks. I opted for an early morning hike to Bear’s Hump, a short but very steep climb from the village to a rocky knoll with a commanding view of Waterton and the mountain peaks of Montana. 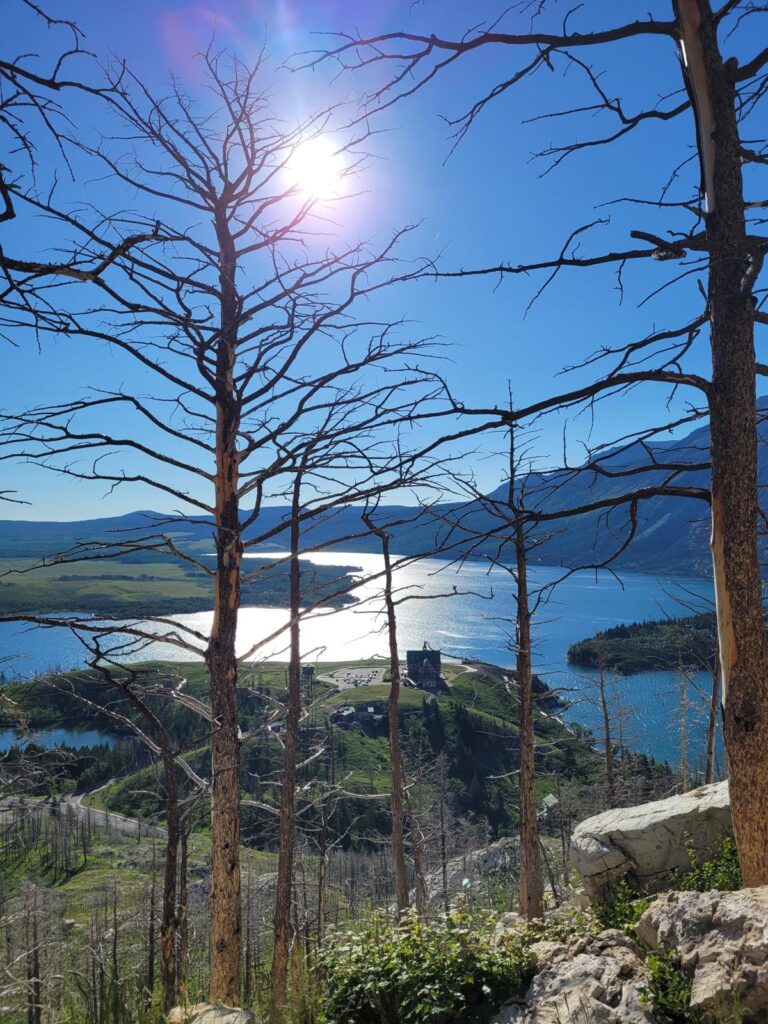 Next door to Tamarack is Pat’s Waterton, a vintage gas station/general store with bikes for rent. Touring Waterton on an e-bike is an exhilarating experience, flying along gorgeously scenic trails with as much or as little effort as you please. I biked the Chief Mountain Highway, climbing from grasslands to the Two Flags viewpoint high above the Blakiston valley, with a panoramic view of the transition from prairie to mountain landscape that makes Waterton so unique. 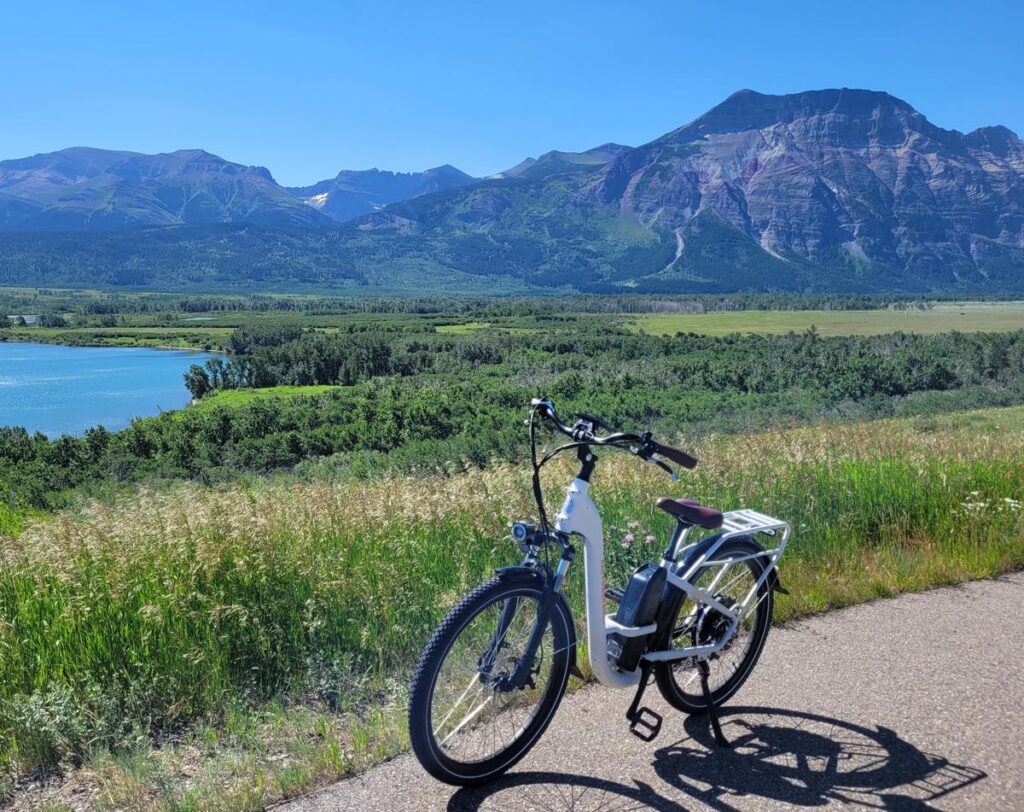 Another popular ride is to Red Rock Canyon, a natural beauty spot characterized by seams of iron-red Argillite running like candy stripes through layers of mountain rock. I dipped my toes into a glass-clear, cold mountain stream and marveled at the magnificent surroundings.

But my favourite trek in Waterton was on horseback. Alpine Stables, another multi-generational family-run business, offers guided treks of varying duration through the Waterton back country. The gentle Savannah was my steed, gracefully sharing her sylvan habitat as we walked in open meadows strewn with wildflowers, along a riverbank and through a shady thicket, emerging onto rolling downs ringed by towering peaks. In this lovely wilderness the rest of the world – and its worries – seemed a million miles away. Thanks Savannah. Peace out. 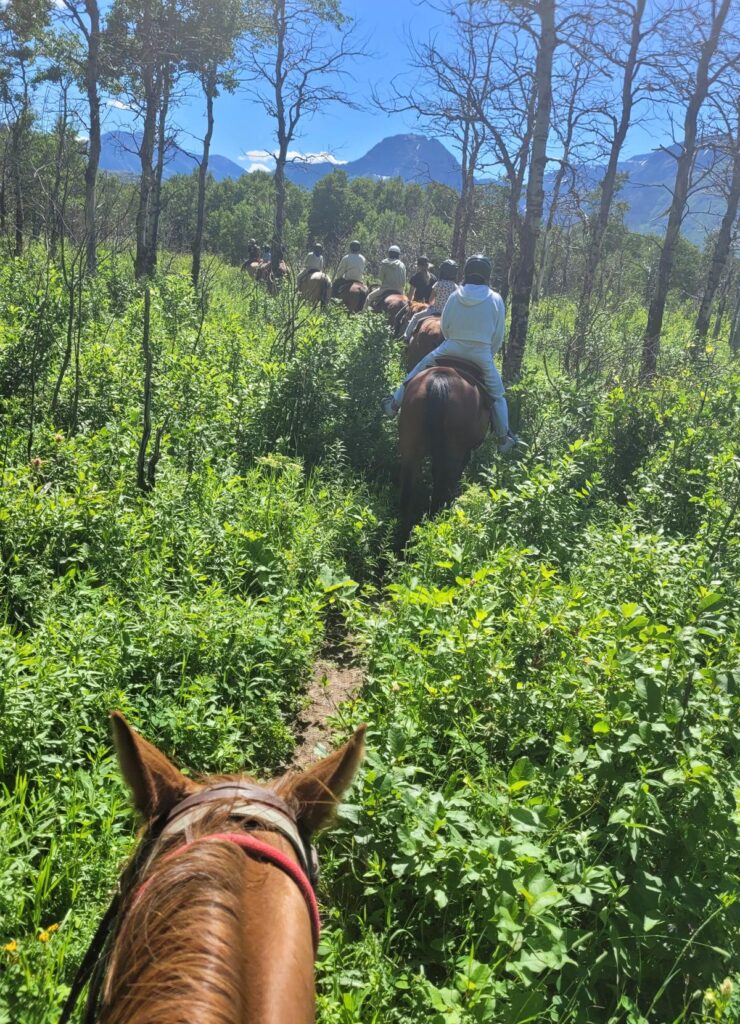